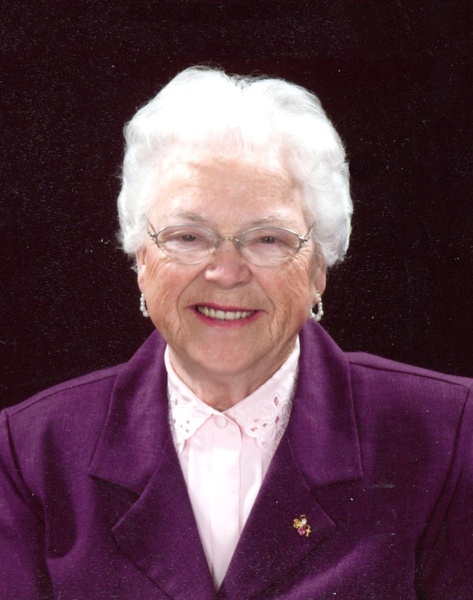 Funeral services for Agnes Kruize of Morris, formerly of Donnelly, MN will be held Friday, March 8, 2019 at 2:00 p.m. at Kongsvinger Lutheran Church, rural Donnelly, with Reverend Michael Nelson officiating. Visitation will be Thursday from 5 to 7 p.m. with a prayer service at 7:00 at the Pedersen Funeral Home in Morris and for one hour prior to services at the church on Friday. A private family burial will be in the spring at Kongsvinger Lutheran Cemetery.

Agnes Marion Pederson was born October 29, 1929 to Gundres and Anna (Bergerson) Pederson at their farm home near Donnelly. She was fond of saying her birth caused the great stock market crash. Agnes’s mother passed away when she was eight years old and she then spent her childhood living with her sisters, Edna Olson and Laura Kruize. She attended and graduated 8th grade from rural School District #7.

On October 1, 1946, Agnes married George Kruize at the pastor’s home in Morris. George passed away in January 1998. During their 52 years of marriage they farmed near Donnelly. In addition to being an active farm wife, for a time she worked as a waitress at Lesage’s Café and Trailways Café in Morris. Agnes and George loved to travel and explored North America and places beyond. They were always ready to share stories of their adventures with family and friends. Agnes would show the grandchildren her plate collection and U. S. map magnetic board and all the state magnets she had collected. Always proud of her Norwegian heritage, her favorite trip was to Norway.

On June 10, 2000, Agnes married John Kruize at Kongsvinger Church and they took up residence in Morris. John passed away in 2003. Agnes continued to live in Morris and moved to Legacy Apartments one year ago.

Agnes was a lifelong member of Kongsvinger Lutheran Church, where she was involved in the lutefisk suppers, the women’s group and sewed many quilts for the missions.

Agnes died on Monday, March 4, 2019 at her home in Morris surrounded by her children. She was 89 years young.

To order memorial trees or send flowers to the family in memory of Agnes Kruize, please visit our flower store.