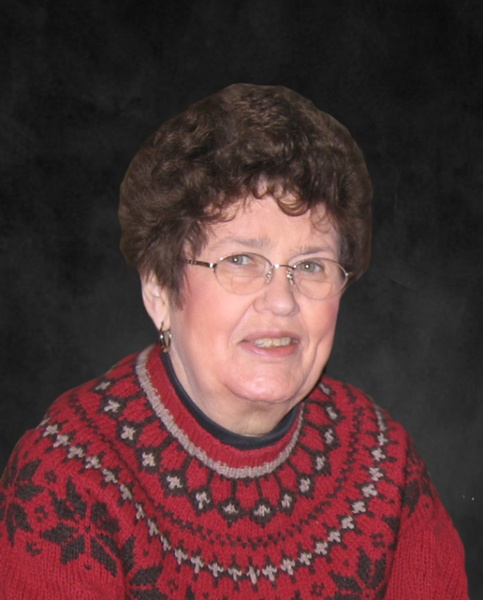 Funeral services for Aileen Tollefson, of Starbuck, will be held on Saturday, January 19, 2019 at 2:00 p.m. at Fron Lutheran Church in Starbuck, with Reverend Paul Johnson officiating.  Visitation will be on Friday, January 18, 2019 from 5 to 7 p.m. at the Starbuck Funeral Home in Starbuck and for one hour prior to the service at the church on Saturday.  Burial will be at Fron Lutheran Cemetery, rural Starbuck.

She became an elementary teacher in Columbia Heights, MN until 1966, when she married David Tollefson on July 3rd at Fron Lutheran Church by Pastor Paul Tolo.

After marriage, she taught school for one year at Glenwood Elementary.  While raising three children, she did substitute teaching in the Starbuck Elementary School, continuing with that until about the year 2000.  She worked under principals Jerome Flom and Lyle Katzenmeyer among others.  She was the first choice as a sub for many teachers since she could come in and continue their lesson plan rather than being a babysitter.  Years later many of her former students would shout across the street in town, “Hi Mrs. Tollefson!”

Special hobbies and skills of Aileen were knitting, sewing, and cooking.  Taught by her mother and aunt Alma, she knit large and complex sweaters, gloves, caps, shawls, comforters, etc., and occasionally taught some knitting classes around the community.

Years ago she traveled with her sister Mary to craft shows around the country, helping sell lace products and demonstrating how to create lace projects.

Aileen was active in Fron Lutheran Church activity circles and the Archive Committee for many years.  She was also a 50 year member of the Starbuck Study Club, serving one term as chairperson, and various committees, including putting together the yearly planning pamphlet for several years.  Aileen was also on the Starbuck Centennial Book Committee.

Aileen passed away peacefully on Wednesday, January 2, 2018 at Glacial Trails Memory Care in Starbuck, Minnesota.  She was 80 years old.

She is survived by her husband of 52 years, David of Starbuck; two daughters: Kris (Brian) Fuchs of Vienna, VA and Karen (Steve) Smith of Stillwater, MN; one son: Kevin (Lanine Baccam) Tollefson of Fairfax, VA; four grandchildren: Rowan and Erin Fuchs of Vienna, VA and Satri and Soren Tollefson of Fairfax, VA; one sister: Mary (John) Allen of Andover, MN and one brother: Robert (Jill) Kyvig of Centerville, MN.  She was preceded in death by her parents: Oliver and Myrtle Kyvig; parents-in-law: Alfred and Ruby Tollefson and numerous uncles and aunts.

In lieu of flowers the family wishes memorials are given to the Alzheimer’s Association or the Fron Lutheran Church Roof Fund.

To order memorial trees or send flowers to the family in memory of Aileen Tollefson, please visit our flower store.