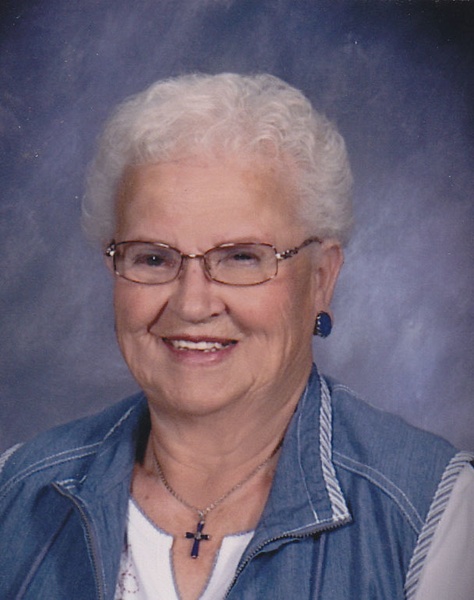 The memorial service for Ardis Olsen, of Foley, MN, formerly of Starbuck, MN will be held on Tuesday, February 7, 2017 at 11:00 a.m. at Fron Lutheran Church in Starbuck, with Reverend Paul Johnson officiating. Visitation will be held one hour prior to the service at the church. Burial will be held at Floral Memory Gardens Cemetery in Albany, Georgia at a later date.

Ardis Mae Carlson, daughter of Alfred and Camilla (Jenum) Carlson, was born on May 6, 1931 in Blue Mounds Township near Starbuck, Minnesota. She grew up and attended country school later graduating from Glenwood High School in 1950. On June 6, 1950, she was united in marriage to George Olsen at Chippewa Falls Lutheran Church in Terrace, Minnesota. Following their marriage, the couple lived in many places in the United States as George served in the United States Marine Corps. After George's retirement from the Marines, the couple settled in Albany, Georgia. Ardis then pursued her dream of becoming a nurse and attended nursing school, later working as a nurse. In the early 1990's Ardis and George retired to their dream home in Georgetown, Georgia. George died on July 7, 2002. Ardis remained in Georgetown for a short time and later returned to Starbuck. In September of 2015, Ardis became a resident at the Foley Nursing Center in Foley, MN, where she continued to live until the time of her death.

Ardis was very active in her church, where she was involved with many groups and activities; she especially loved singing in the church choir for over 30 years. Ardis and George spent a lot of time fishing while living in Georgetown, and looked forward to their annual fishing trips to Minnesota each summer. She enjoyed shopping, crafts, cooking, baking, crocheting and puzzle books. Her yard was always full of bird feeders where she would watch hummingbirds and squirrels for entertainment. Most of all, Ardis enjoyed spending time with her family and friends.

Ardis died Wednesday, February 1, 2017 at the Foley Nursing Center in Foley, MN. She was 85 years old.

Starbuck Funeral Home in Starbuck, MN is in charge of the arrangements. To order memorial trees or send flowers to the family in memory of Ardis Olsen, please visit our flower store.