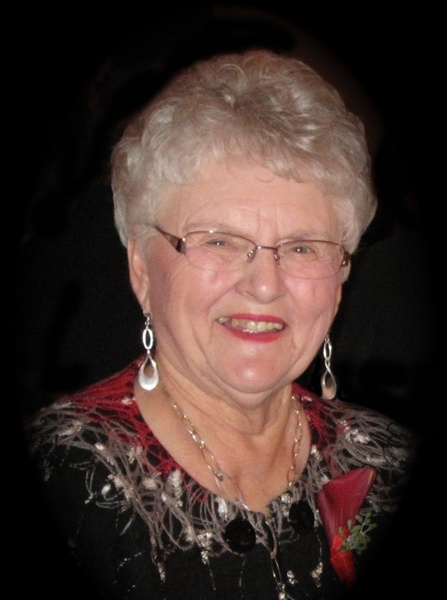 A memorial service for Arloa Larson, formerly of Starbuck, Minnesota, will be held Wednesday, July 21, 2021 at 11:00 a.m. at East Zion Lutheran Church, rural Starbuck Minnesota with Reverend Steve Carmany officiating.  Visitation will be on Tuesday from 5:00 to 7:00 p.m. at the Starbuck Funeral Home in Starbuck. A private family burial will precede the service at East Zion Lutheran Cemetery.

Arloa was born on December 7, 1931 to parents Elmer and Ella (Thompson) Zahrbock in Otrey Township near Ortonville, MN.  She was the oldest of five children.  She was baptized at home and confirmed at Eidskog Lutheran Church in rural Ortonville in September 1945.  She attended rural School at District 12, Malta Township near Clinton, MN.  She was very active in 4-H.  After graduating from eighth grade, she attended the West Central School of Agriculture in Morris, MN and graduated with honors in 1949.  That summer she attended two sessions of summer school at Northern State Teacher’s College in Aberdeen so that she could teach rural school that next year at Alban near Milbank, SD.  She was only 17 at the time and some of her students were not much younger!  Her main goal was to earn enough money to be the first in her family to attend college and earn a degree.  In 1950 she enrolled at Augsburg College in Minneapolis.  She transferred to the University of Minnesota in St. Paul in 1951 and graduated from there with a Bachelor of Science degree in Home Economics Education in June 1954.  She worked many different jobs to earn her way through school. While at the U of M, she was a member of the Clovia Sorority.  Her first job after graduation was as the Swift County Extension Home Economist in Benson, MN from 1954 to 1957 – a “wonderful job” by her description.

On June 23, 1956, she married Harold Knutson at Eidskog Lutheran Church.  They lived one mile from the Knutson home farm and Harold farmed with his father.  In 1963 they moved to the home farm and lived there until Harold’s sudden death in July 1998.  Arloa moved to Starbuck shortly thereafter.  She and Harold had wintered in Mesa, Arizona at Fiesta Park for several years following their retirement in December 1993.  After Harold’s death, Arloa continued to enjoy Arizona winters.  She met Les Larson there and they were married on August 27, 2005.  They enjoyed Arizona in the winter and Watertown, SD in the summers.  They also traveled extensively and enjoyed visiting with family and friends.  Les passed away on Christmas Day 2014.  Arloa moved to Litchfield and lived at Emmaus Place and then Gloria Dei apartments.  Illness forced a move to the Dassel Lakeside nursing home in September 2020.  She survived COVID 19 in November 2020 and had just returned to walking recently.  She was also appreciating the increase in activities and visitors this spring and summer.

Arloa and Harold had six children.  Twins Kent and Kirk died shortly after birth in 1957 which was tragic.  However, Kristi, Steve, Scott and Mike arrived over the next 9 years and filled them with their greatest joy.  Family meant everything to Arloa!!  She was a stay-at-home mom and homemaker for 20 years.  She encouraged everyone to achieve at their highest potential and was especially proud of seeing all her children and grandchildren follow in her steps to graduate from college.

Harold and Arloa were active members of East Zion Lutheran church for almost 50 years.  Arloa taught Sunday School and Bible school, prepared stoles for confirmands, designed and supervised the remodeling of the kitchen, assisted with Luther League, and was part of the Ladies’ Aid and various Bible studies.  In the community she was involved in the Starbuck PTA, Minnewaska Hospital Auxiliary, Starbuck Depot Society, Starwaska Study Club, West Central School of Agriculture Alumni board, University of Minnesota – Morris Lutheran Campus Ministry board, and Clovia Alumni.  She served as chairperson for many of these groups.  She also judged at many county fairs and taught classes at Homemaker’s workshops at the U of M – Morris campus.  She was a substitute teacher in the Starbuck schools after her children were settled.  She returned to the work force in 1978 as a Head Start/Home Start teacher and Nutrition Consultant and worked for 15 years in a five-county area.  In 1993 she was named Head Start Teacher of the Year for Region 5 which includes 6 states.

Arloa’s hobbies included food preparation, sewing, reading, quilting, writing, playing all kinds of cards and games, updating family genealogies, and watching the Twins, Vikings, and the Phoenix Suns.  Her autobiography, Living in Abundance, was a passion for her.  She also learned how to email and loved ordering items by mail.  Arloa loved to visit new places and was able to get to 45 states, Canada, Europe, Mexico and the Caribbean.  Camping was a family activity. She also loved cruises later in life – mostly because she could sleep late and not have to pack and unpack daily.  Her entire family was able to go on cruises with her to Alaska in 2000 and to the Mediterranean in 2007 and trips together to Glacier, the Black Hills, Lutsen, and the Oregon coast.  Arloa attended all the Thompson Family Reunions from 1976 to present as well.

Arloa Fae (Zahrbock) Knutson Larson passed away on Tuesday, July 6, 2021, surrounded by her family after a brief illness. She was 89 years old.

Arloa lived an abundant life to the age of 89 years, 7 months and left a legacy of faithful service and love.   Blessed be her memory!!

To order memorial trees or send flowers to the family in memory of Arloa Knutson Larson, please visit our flower store.