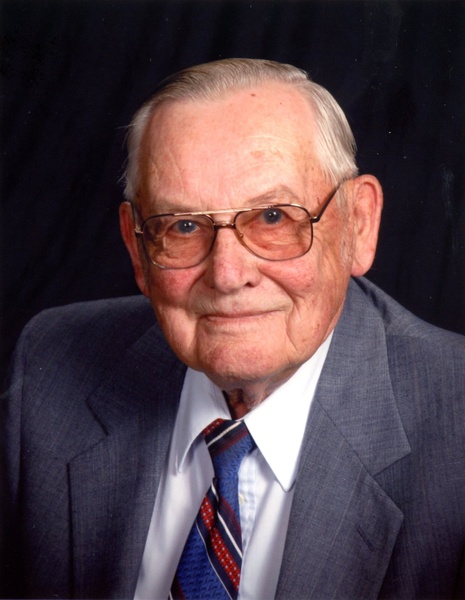 Funeral services for Arnold Gorder of Starbuck, Minnesota, will be held on Tuesday, September 17, 2019 at 1:00 p.m. at the Minnewaska Lutheran Church in Starbuck, with Reverend Dr. Joel Rolf officiating.  Visitation will be held Monday from 5 to 7 p.m. at the Starbuck Funeral Home in Starbuck, and for one hour prior to services at the church on Tuesday.  Burial will be in the Minnewaska Lutheran Cemetery, Starbuck, Minnesota.

Arnold Gustav Ralph Gorder Jr., son of Arnold and Esther (Christensen) Gorder, was born October 31, 1932 in Starbuck, Minnesota.  Arnold was baptized and confirmed at Indherred Lutheran church.  He grew up on the family farm and attended country school through the 8th grade.  Following his schooling, Arne helped on the farm for a number of years before going to work for Ralph Stewart as a road construction foreman.  He was united in marriage to Doris Mavis Suckow on January 9, 1954 at Our Savior’s Lutheran Church in Benson.  The family made their home in Starbuck where they raised their children Ronald and Kathryn.  Arnold later formed his own road construction business where he built roads until his retirement.  Following his retirement, Arne spent several years maintaining White Bear Lake Township roads throughout the year.  Later, He worked as a courier for DyCast Specialties in Starbuck until 2014.  Arnold continued to live in Starbuck until the time of his death.

Arne was a lifelong member of Indherred Lutheran Church or Minnewaska Lutheran Church.  He enjoyed camping, gardening, threshing shows and spending time with his family and friends.

He is survived by his wife: Doris of Starbuck; two children: Ronald (Orlene) Gorder of Lowry and Kathryn (Brian) Tohal of New Ulm; five grandchildren: Lisa (Nate) Lindemann of Lakeville, Adam Gorder of Osakis, Jackie Tohal of Mankato, Sarah Tohal of Minneapolis, and Sam Tohal of Mankato and one great-granddaughter: Kenley Lindemann of Lakeville.  He was preceded in death by his parents; brothers: Norman, Milo and Lloyd Gorder; sister: Jean Maanum; three infant sons: Randall, Ralph and Mark and one nephew: Robert Gorder.

To order memorial trees or send flowers to the family in memory of Arnold Gorder Jr., please visit our flower store.