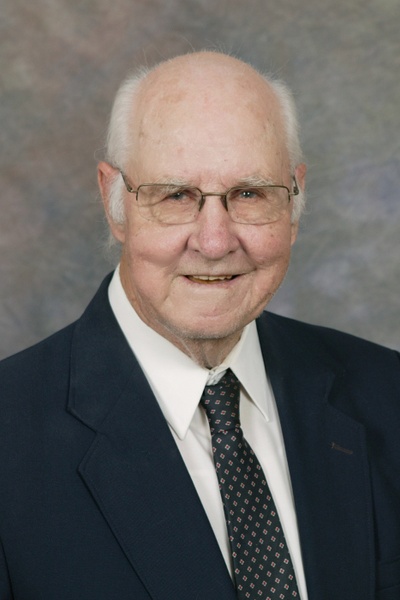 Funeral services for Arnold “Arne” Pederson of Starbuck, Minnesota will be held on Saturday, July 13, 2019, at 2:00 p.m. at East Zion Lutheran Church, rural Starbuck, with Reverend Paul Johnson officiating. Visitation will be Friday, July 12 from 5 to 7 p.m. at the Starbuck Funeral Home in Starbuck, Minnesota and Saturday, one hour prior to services at the church. A private burial will be at East Zion Lutheran Cemetery, Starbuck.

Arnold “Arne” Palmer Pederson was born on March 9, 1927 to Edward and Inga (Lien) Pederson in Benson Township in Swift County, Minnesota. He was baptized and confirmed in the Lutheran Faith in the Lake Hazel Congregation, rural Benson. While growing up on Oak Lawn Farm, Arne attended Country School District #15, rural Benson and graduated from Benson High School in 1945. Following his schooling, he spent fourteen months in the United States Army. Following his honorable discharge on November 26, 1946, he enrolled at St. Olaf College, graduating in 1951.

On August 12, 1951, Arne was married to Dorothy Aslakson, his college sweetheart, at East Zion Lutheran Church of rural Starbuck. Several weeks later they both began two-year teaching jobs in the Granada, MN High School. Arne and Dorothy were blessed with four sons – Andrew, Nathan, Matthew and Linden and were very happy to be able to raise them on the Langhei farm, which has been held continuously in the Aslakson family since 1884. The year 1978 was a sad one for Arne and his family as Dorothy passed away on August 17th at the age of 50, after a ten-month battle with cancer. On January 19, 1985, Arne was married to Doris “Dorie” Williams at the Diamond Lake Lutheran Church in Minneapolis. They moved into a new home, which Arne and family had built on Holly Hill in Starbuck. Dorie passed away on July 21, 1995, also a victim of cancer. On August 2, 1997, Arne was married to Carol (Dahl) Aos in Holly Skogen Park in Starbuck. Carol was a retired nurse from Holmes City, Minnesota, whom he met on a Utopia bus tour. Carol passed away on February 14, 2016.

Arne enjoyed teaching mathematics and sciences for a total of 37 years, with two of those years in Granada, Minnesota, six years in Murdock, Minnesota, 28 years in Starbuck, Minnesota and a final year at Minnewaska Area High School’s inaugural year before retiring in 1992.

As a member of the East Zion Congregation since 1951, Arne served several terms on the church council as chairman, treasurer and deacon. He also taught Sunday School, was Luther League advisor and sang with the East Zion choir for over 50 years. Singing was one of Arne’s special talents and he sang with many small groups as well as the St. Olaf Viking Male Chorus and the Pope County Men’s Chorus. He also sang solos at numerous funerals and was often requested by families to sing a Norwegian song. The most requested song was “Den Store Hvide Flok”.

Arne was very proud of his 100% Norwegian ancestry and enjoyed travelling to Norway in 1980 and 1999. He was a member of Sons of Norway and of a local research group supporting the authenticity of the Kensington Runestone.  Arne took an active part in the Starbuck community serving on the Minnewaska District Hospital Board and on the Gladys Ness Brang Foundation Board of Trustees. Since the Starbuck Depot project began in 1986, Arne has been a very active member of the group restoring and maintaining this historic site. A project which gave him great satisfaction was the development of a nice softball diamond on the Langhei farm in 1962 for his young sons as well as the neighborhood. Another satisfying project, began in 1986, was the development of the Holly Skogen Park in Starbuck. It has become a home for trolls and has attracted many visitors each year.

Other interests include woodworking, historical research and writing. Arne loved all sports, but especially softball, baseball and golf. He enjoyed going to see the MN Twins in the World Series. He enjoyed solving puzzles and playing Crokinole.

Arne died peacefully on Wednesday, June 26, 2019, surrounded by family at Glacial Ridge Hospital in Glenwood, Minnesota. He was 92 years old.

To order memorial trees or send flowers to the family in memory of Arnold Pederson, please visit our flower store.