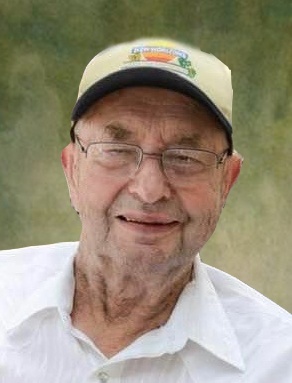 Arthur Rudolph Kahleck was born on June 4, 1925, to Rudolph and Helena (Podratz) Kahleck in Cyrus, Minnesota.  Art grew up in the Framness Township area of Stevens County near Morris.  He attended school until the 8th grade and was a member of Emmanuel Lutheran Church.  Following his schooling, he continued to farm with his father, and then with his children.  Art was united in marriage to Rachel Mae Lawson and they welcomed a son, David.  David died when he was a week old and Rachel died in April 1951, due to complications from child labor.  Following their deaths, Art moved to Minneapolis for a short time where he met Dagny Westerlund, a young woman from Canada who was there to study Art.  While at a dance hall on Lake Street, he insisted Dagny join him on the dance floor and then later to a meal at White Castle, from then on, their romance ensued.  Art and Dagny returned to Art’s family farm in Morris where they were married on February 7, 1952; and welcomed three sons.

To say Art was a man of few words would be an understatement.  He was a practical, hardworking, and dependable man whose actions spoke louder than words.   He wasn't one to complain and he certainly wasn't one to brag.  Dagny would tell stories about Art's days at the Perkins Roller Rink on Pomme de Terre where he was quite the star as he skated backwards and forwards and did fancy figure eights.   As how their relationship started, their love of dance continued, especially square dancing.  Of course, there was always their fancy square dancing attire when Art would don his button-down shirts with the mother-of-pearl buttons and his one-of-a-kind belt buckles and Art would send his wife twirling on the dance floor in her amazing skirts that she had made herself.  He worked hard, and played hard – he liked to have fun, attend numerous bus trips with Dangy and he loved to EAT!  He especially liked dessert, Pizza Ranch chicken and if you wanted to put a smile on his face, you just needed to bring him some McDonald’s fries!

His family admired what a hard worker he was, Art built a successful small grain and cattle farm.  He won an award for conservation practices and participating in a water contamination project. Art kept every piece of farm equipment, regardless of its age or the availability of parts, running.   He could do it all and he passed his hands-on knowledge to his boys.  He was a wonderful father, husband, grandfather, and friend.  He will be missed.

Art died peacefully on Thursday, June 23, 2022, at Norbella Senior Living in Savage, he was 97 years old.

Pedersen Funeral Home in Morris is in care of arrangements for Art.

To order memorial trees or send flowers to the family in memory of Arthur Kahleck, please visit our flower store.
Open