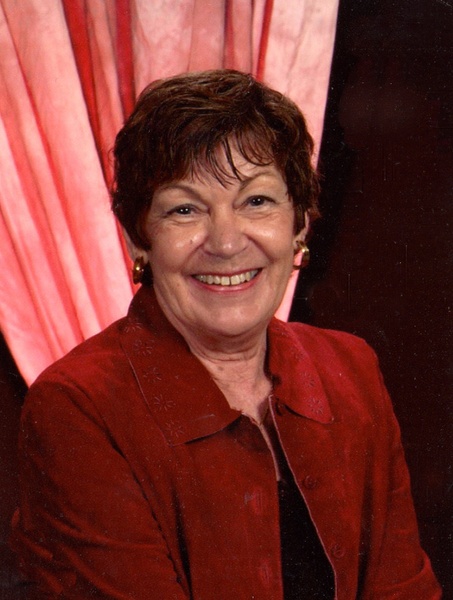 The memorial service for Audre Ann Ross, of Morris, Minnesota will be held on Saturday, February 17, 2018 at 11:00 a.m. at the First Lutheran Church in Morris; Reverend Dan Belgum-Blad will be officiating. Visitation will be on Saturday one hour prior to services at the church.

Audre Ann Kolling, was born the eldest of seven children to parents Leonard L. and Dorothy A. (Damerow) Kolling on March 6, 1940 in Morris, Minnesota. She was baptized as an infant and confirmed at St. Paul’s Lutheran Church in Chokio, Minnesota April 1954. Audre attended Hancock Elementary School for four years after which time the family moved to Chokio. She loved to work and all the years growing up, babysat many, many children in the Chokio area. She also worked at her uncle’s jewelry store after school and on Saturdays. Audre graduated salutatorian from Chokio High School in 1958.

She attended Minnesota School of Business, Minneapolis and while attending Business College, she cared for the Frank Donaldson’s two sons until she secured a permanent position as secretary at International Multifoods, a position lasting four years.

On September 21, 1963, Audre married the love of her life, Richard D. Ross at First Lutheran Church, Morris and together they raised their three sons. The couple spent many years sitting on the bleachers watching the boys play on various sports teams. Audre compiled almost 100 scrapbooks for her family along with many, photo albums. She was an active member of First Lutheran Church, where she taught Sunday school for 17 years, served on the Jr/Sr. High Education Committee, Christus House Board, treasurer of First Lutheran Women, and attended Bible Study groups. Audre was a Cub Scout den mother and was also an active member of the Morris swim team parents group.

Audre had a deep pride and devotion to the University of Minnesota, Morris where she spent almost 40 years. Shortly after moving to Morris, she was hired as the first Financial Aid secretary. After four years, she transferred to the Science and Mathematics Division, where she served as Principal Accounts Specialist until retiring. Throughout the early years at UMM, she also assisted other offices with various duties, giving tests on Saturday mornings, working as student activities secretary, and helping out briefly in Humanities.

Audre’s greatest joy was raising their three sons and watching them grow into adulthood. In their retirement years, she and Dick felt very blessed to have nine beautiful grandchildren who brought lots of excitement, noise and love into their lives. Audre always had a special place in her heart for her many canine friends, especially her little companion, Teeko.

Audre was wrapped in the arms of our Lord Jesus Christ and taken to her heavenly home on Monday, January 29, 2018 at the Courage Cottage in Morris, Minnesota, after several months of medical complications. She was 77 years old.

In lieu flowers, the family wishes memorials are given to the Courage Cottage in Morris. Pedersen Funeral Home in Morris is in charge of the funeral arrangements. An online guest book can be signed at www.pedersenfh.com.

To order memorial trees or send flowers to the family in memory of Audre Ross, please visit our flower store.