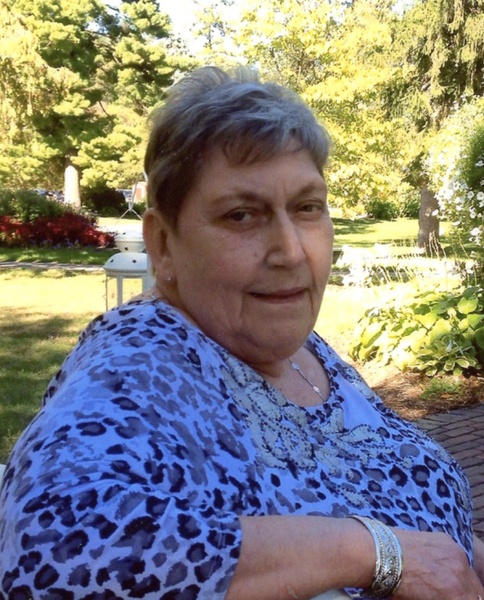 The funeral for Barbara Rae Riley, of Morris, Minnesota will be held on Saturday, June 29, 2019, at 10:30 a.m. at the Assumption Catholic Church in Morris. Celebrant for the funeral mass will be Father Todd Schneider. Visitation will be on Friday, from 5 to 7 p.m. with a prayer service at 7:00 p.m. and rosary following. Visitation will resume Saturday, one hour prior to services at the church. Burial will be held at a later date at the Calvary Cemetery, Morris.

Barbara Rae Benson, daughter of Ben and Nettie (Waters) Benson was born on May 22, 1943, near Benson, Minnesota. She attended St. Francis Catholic School in Benson graduating in 1961. Barb was united in marriage to Robert Riley in July of 1961. The couple made their home in Morris. After her children entered school, Barb began working at the Red Owl Grocery Store. She also worked at the Stevens Community Hospital, V.F.W. Club and The Old #1, before retiring in 2008. Barb continued to live in Morris until October of 2018, moving to Clear Lake, South Dakota.

She was a member of the Assumption Catholic Church, Eagles Club, American Legion, and V.F.W. Clubs. Barb was very active in her young years participating in bowling, pool, and dart leagues. She enjoyed sewing and quilting; making many quilts with the ladies down at the Legion. Barb could be found many days listening or watching her beloved Minnesota Twins or Vikings. She was known as being the “Fun Mom”, her children’s friends all thought of her as a second mother. Many hours were spent enjoying BINGO and watching birds. Barb’s most cherished time was spent with friends and family, especially her grandchildren and great-grandchildren. She was always ready to have a fun time.

Barb died on Monday, June 24, 2019 at the Good Samaritan Society in Clear Lake, South Dakota. A place she called home with her friends and the caring staff. She was 76 years old.

Please remember Barb by wearing Minnesota Twins or Vikings apparel to the visitation.

Pedersen Funeral Home in Morris is in care of the funeral arrangements.

To order memorial trees or send flowers to the family in memory of Barbara Riley, please visit our flower store.