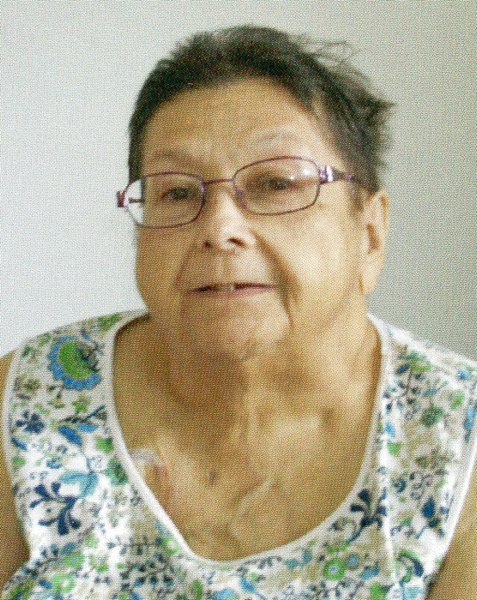 The funeral for Bertha Mae Anderson, of Morris, Minnesota will be held on Wednesday, December 20, 2017 at 10:30 a.m. at Trinity Lutheran Church in Alberta, Minnesota, with Minister Minette Stalheim Johnson officiating. The visitation will be on Wednesday, one hour prior to the funeral at the church. Burial will be at Reque “Frog Lake” Cemetery, rural Alberta.

Bertha Mae Gibble, daughter of Harry and Molly (Umland) Gibble was born on November 17, 1942 in Benson, Minnesota. She grew up in Alberta, Minnesota, where she attended school. She was baptized and confirmed at Trinity Lutheran Church in Alberta. Bertha was united in marriage to James Anderson on June 14, 1969 at Trinity Lutheran Church. The couple made their home in Donnelly, where Bertha was a homemaker.  In later years, Bertha worked at the Villa of St. Francis in Morris. Jim died on December 2, 2006. Bertha continued to live in Donnelly, before entering the West Wind Village in Morris in January of 2010.

She was a kid a heart, enjoying cards with family, going out to eat, and playing Bingo. Bertha and Jim were always on the move, attending area street dances, people watching, attending county fairs, and taking trips to the casino. She loved country music and her home in western décor, however her biggest love was for her dogs “Curly” and “Tina”.

Bertha died on Saturday, December 16, 2017 at the West Wind Village in Morris. She was 75 years old.

She is survived by several nieces, nephews, great-nieces, great-nephews and two sisters-in-law. Bertha was preceded in death by her husband, Jim, her parents, Harry and Molly, one brother, Duane Gibble and one sister, Edna Mau.