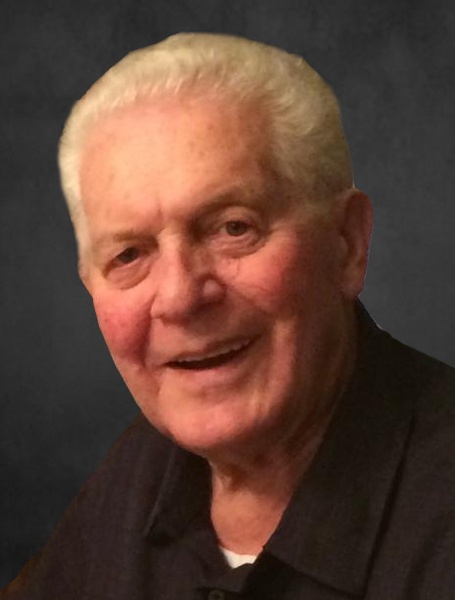 Bruce was born May 12, 1930, to Bernard Francis and Emma Elizabeth (Harris) Stark, in Duluth, Minnesota.  He grew up in Midway Township, just outside of Proctor, Minnesota.  As a child of The Great Depression, his family’s struggles during the 1930s greatly shaped his views and instilled in him a desire to always make sure he could provide for his family.

His refuge as a child was his grandparents’ farm set on a beautiful portion of the Midway River.  His grandparents meant the world to him, and his grandfather, Charles Stark, was his hero.  Charles taught Bruce the need to be self-sufficient and the importance of knowing your history.

The “Renaissance Man” that the world saw when they met Bruce began in high school where Bruce sang in choir, acted in plays, played basketball and was a champion welterweight Golden Glove boxer.

Following graduation from Proctor High School, Bruce joined the United States Navy and served at the U.S. Naval Air Station in Guantanamo Bay, Cuba and aboard the USS Gordius on a mission to Thule, Greenland.  Bruce’s experiences in Cuba were among his fondest.  He loved the country and the culture. He always hoped to return but was unable after the Cuban revolution, but he’d take every opportunity he could to speak Spanish with anyone.  Bruce fondly remembered his years in the Navy and was forever grateful for the experiences and sailors he served with.

While the Gordius was undergoing an overhaul at port in Norfolk, Va. to prepare for the invasion of Korea, Bruce met the love of his life, Louise Ida DaSheill.  They were married in Ellicott City, Maryland, on November 25, 1951.  Fortunately for his descendants, the Gordius was never deployed to Korea and Bruce and Louise welcomed their children Debra in 1952 and Richard in 1954.

Bruce always had a desire to become a teacher and he received his Bachelor of Arts Degree in Education from University Minnesota, Duluth in 1957 and his Master’s Degree in Education in 1959. After his graduation in 1957 he was offered a contract to teach at Hibbing High School which he accepted. He continued teaching and working as the District curriculum director in Hibbing for 30 years retiring in 1986. He continued his love of education by teaching at area Community Colleges for a number of years after his retirement from Hibbing High. He was a popular and respected educator by both his students, fellow teachers and administrators.

Bruce embodied a philosophy of stoic self-sufficiency. He was a skilled craftsman building the family cabin on Burnt Shanty Lake and then then his and Louise’s home on Crooked Lake in Northern Minnesota. He also built boats, furniture and cabinetry. He was passionate about education, a voracious reader, loved to write and debate politics and world events.

In 2006, Bruce and Louise left Bruce’s beloved Great North Woods and moved to Morris to be with the rest of his immediate family that had congregated in Morris.  He loved being able to see his great grandson, but really missed trees.

He was the patriarch of the extended Stark family, the family historian, and the link to his family’s heritage and history that meant so much to him.  He lived long and well.

He was preceded in death by his parents, Bernard and Emma and brothers Tom and Dave. He is survived by his wife, Louise; daughter, Debra Stark and son Rick (Debby) Stark, grandson Jason (Lynnae) Lina; granddaughter Caitlin Stark (Casey Dean); and great grandson, Oscar Lina, who, as Bruce would tell anyone, was his best friend.

Pedersen Funeral Home in Morris is in care of arrangements for Bruce.

To order memorial trees or send flowers to the family in memory of Bruce Stark, please visit our flower store.