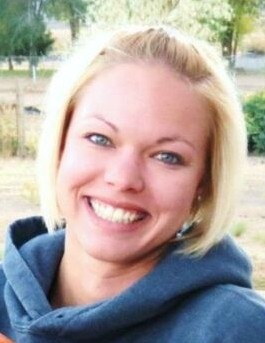 Candice Christine Hirsch was born on June 27, 1987, in Oceanside, California to Walter and Dawn (Olson) Hirsch.  Candice was baptized at Minnewaska Lutheran Church in Starbuck on July 16, 1989.  She grew up in Washoe Valley, Nevada, Reno, Nevada, and Starbuck, Minnesota where she received her education at Galena High School in Nevada and Minnewaska Area High School in Minnesota.  She received her GED before enlisting into the United States Army on May 31, 2006.   Candice was a patriot and continued the family legacy of service.  She received a medical discharge on October 31, 2011, after a training accident and injuries sustained in Korea.  After her discharge, Candice attended college and worked in executive security. She lived in Nevada, Colorado, and Florida before moving back to Minnesota and was currently living in Herman, working as an Independent Contractor for Principle Property Management.

Candice lived life to the fullest, however, her heart was drawn both to family and to the sea.  She had a need for adventure and travel. From the dark green of Washington state to the high desert of Reno, Nevada and the gorgeous mountains of Colorado.  She lived for time on the beaches of Florida, and the lakes of Minnesota.  Candice would always be described as spunky, full of life and full of energy – she brought the party wherever she went.  Candice was into nature – including hikes and camping.  She was a part of several Boy Scout events with Troop 150 in Washoe Valley.  Candice loved dogs, time with her family, and playing with her nieces.  She loved anything to do with the ocean, especially collecting seashells.  She had a green thumb and could grow the most beautiful flower and vegetable gardens.  She had contagious laughter and a never-ending smile that could light up a room.

Candice died unexpectedly on Tuesday, November 10, 2020 at the Stevens Community Medical Center in Morris, Minnesota.  She was 33 years old.

She is survived by her parents: Walter (Sol) Hirsch of Washoe Valley, NV and Dawn (Darwin Johnson) Olson of Starbuck; her significant other, Chris Fickes of Herman; siblings: Christopher Olson of Starbuck, Matthew Anderson of Reno, NV, Stephanie Hirsch of Washoe Valley, NV, Steven Hirsch of Dallas, TX, Brandon Echevarria of Reno, NV, and Chad (Alura) Hirsch of Henderson, NV; nieces: Hattie and Charlie; Grandfather, Lloyd Olson of Starbuck; Grandmothers, Arlene Olson of Nelson and Gale Penrose-Smith of Grants Pass, OR, and aunts, uncles and cousins.  She is preceded in death by her Grandfather, George Hirsch and aunt Echo Thurber.

Starbuck Funeral Home in Starbuck is in care of arrangements for Candice.

To order memorial trees or send flowers to the family in memory of Candice Hirsch, please visit our flower store.