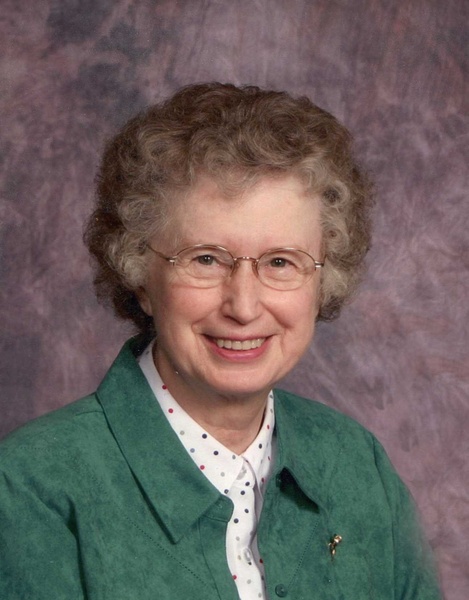 Services for Carol Aos Pederson, age 86, will be held on Saturday, February 20, 2016 at 2:00 P.M. at the East Zion Lutheran Church of rural Starbuck, MN. Reverend Jackie Harvestine will be officiating. Visitation will be one hour prior to the service. Interment will be at the East Zion Cemetery.

Carol Lorraine Dahl was born November 9, 1929 in Minneapolis to parents Einar and Lyda (Pihlstrom) Dahl. She was baptized and confirmed at Bethany Lutheran Church in South Minneapolis. She attended Seward Elementary School (grades 1-8) and graduated from Minneapolis South High School in 1947. She also attained a piano teaching certificate that same year from the Minneapolis College of Music. Carol continued her education at the Fairview Nursing School and graduated in 1950 as a Registered Nurse. She was honored to have been elected student body president in her senior year. Carol also attended Lutheran Bible Institute in 1951.

Carol was married to Wallace (Wally) Aos on November 22, 1951 at Bethany Church in Minneapolis. They were to make their home in several Wisconsin and South Dakota cities where Wally served congregations as an ordained Lutheran Pastor. They were blest with four children – Joann, Jonathan, Jean, and Jared.

Carol worked as a Registered Nurse in several Wisconsin cities, namely, Spring Green, Baldwin, Osceola, and LaCrosse. During this time, her husband and three of their four children contracted tuberculosis and each had to spend a year or more in a sanatorium.

She often served as church organist and piano accompanist for choirs and soloists throughout her life.

In later years, Wally and Carol took over the "Book Nook", a family owned Christian bookstore in Sioux Falls, SD which specialized in selling church supplies. They retired in 1985 and moved back to the Dresser, Wisconsin area where they built a log home.

Tragedy struck the family on December 13, 1988, when Carol's husband died as the result of a hunting accident. Carol continued to live in their dream retirement home for several years before moving to Holmes City, Minnesota in 1993. There she lived near her son Jonathan and wife Robin and their family.

In 1995, Carol went on a Utopia chartered bus tour to the Washington, D.C. area. Also on that bus trip was a gentleman from Starbuck, MN named Arnold (Arne) Pederson. They enjoyed getting acquainted during that trip and it led to their marriage on August 2, 1997 in Holly Skogen Park in Starbuck.

Besides her love of music, Carol was an excellent homemaker and liked to spend time sewing and crocheting.

Starbuck Funeral Home in Starbuck, MN is handling the arrangements. To order memorial trees or send flowers to the family in memory of Carol Pederson, please visit our flower store.