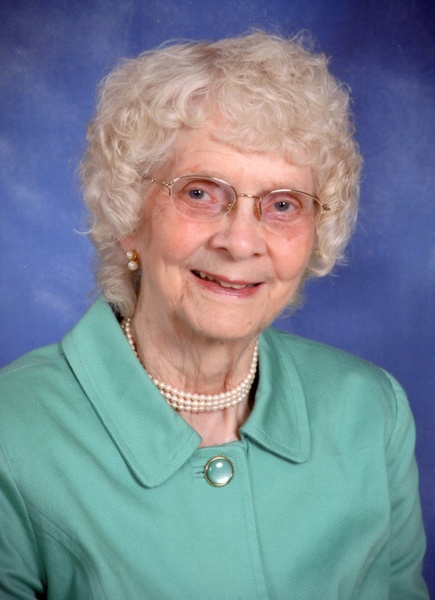 The funeral for Carolyn Smith, of Donnelly, Minnesota will be held on Wednesday, September 13, 2017 at 10:30 a.m. at the First Lutheran Church in Morris, with Reverend Gene Anderson officiating. Visitation will be on Tuesday, September 12th from 5 to 7 p.m. with a prayer service at 7:00 p.m. at the Pedersen Funeral Home in Morris and Wednesday, one hour prior to services at the church. Burial will be at Summit Cemetery, Morris, following the funeral.

Carolyn Martha Bjorlin, daughter of Carl and Emma (Engel) Bjorlin was born on April 28, 1929 in Eldorado Township, Stevens County, Minnesota. She attended District #35 through the 8th grade and graduated from Herman High School in 1946. Carolyn attended Business College in Minneapolis in 1947. She was united in marriage to Gordon P. Smith on May 27, 1950 at the First Lutheran Church in Morris. The couple made their home on a farm in Donnelly. Carolyn worked for Home Builders Company in Morris before taking a position at Staehler, Giberson, Collins and Fluegel Law Firm. She spent the next 28 years working for the law firm in Morris. Gordon passed away on December 26, 1992. After Gordon’s death, Carolyn decided to slow down and took a job at Bremer Bank in Morris, retiring in 2000. She has continued to live on the family farm in Donnelly until the time of her death.

She was a member of the First Lutheran Church and the Morris V.F.W. Auxiliary. She enjoyed spending time crocheting, knitting, quilting, gardening and growing flowers. Carolyn especially loved playing cards and spending time with her family, grandchildren and friends.  Saturday morning coffee and her homemade rolls will be missed. She was fond of her cat “Reba Pork Chop” who had become an important companion to look after and care for.

Pedersen Funeral Home is in charge of the funeral arrangements.  An online guest book can be signed at www.pedersenfh.com. Carolyn's Memorial Folder
To order memorial trees or send flowers to the family in memory of Carolyn Smith, please visit our flower store.