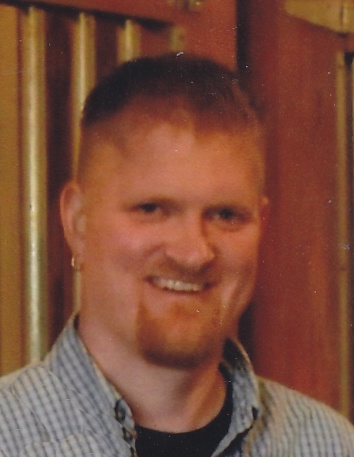 The memorial service for Casey Tangen of Brooten, Minnesota, formerly of Starbuck, Minnesota will be a private family service.  There will be a public visitation on Thursday, September 24, 2020 from 4 to 6:30 p.m. at the Starbuck Funeral Home in Starbuck. Burial will be at Immanuel Lutheran Cemetery, rural Starbuck at a later date.

There will be a live stream of Casey’s service starting at 3:00 p.m. on Thursday, September 24, 2020. To view the service on the Starbuck Funeral Home website, scroll to the bottom of Casey’s page and click the link.

Casey Dean Tangen, son of Lee and Pam (Pochardt) Tangen, was born at the Minnewaska District Hospital in Starbuck on August 30, 1983.  He was baptized at Immanuel Lutheran Church on October 23, 1983 and later confirmed there.  His sponsors were Kurt and Charlene Van Luik and Tom and Sherry Rombach.  Casey graduated from Jefferson High School.  He was united in marriage to Jessie Fadness on April 19, 2008.  To this union, they were blessed with four beautiful children.  They made their home in Barsness Township.  Casey was currently working at Red Horizon as a mechanic as well as milking a herd of cows near Brooten.

Casey was a member of West Lake Johanna Lutheran Church near Glenwood.  He very much enjoyed spending his time with his children which he loved with all his heart.  Farming was also very important to Casey.  He will be deeply missed by all who knew and loved him! He is our HERO.

Casey died unexpectedly on Friday, September 18, 2020 at the St. Cloud Hospital in St. Cloud, Minnesota.  He was 37 years old.

To order memorial trees or send flowers to the family in memory of Casey Tangen, please visit our flower store.