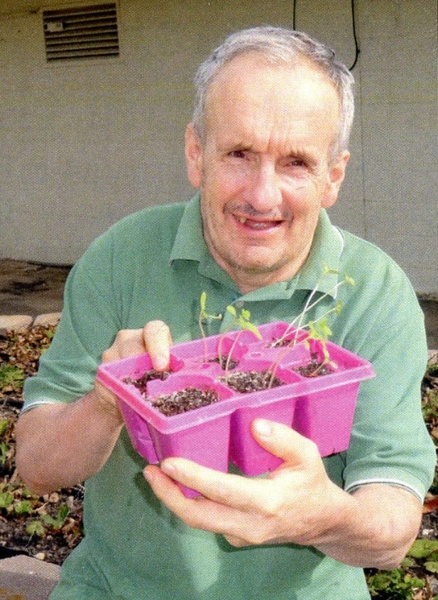 Funeral services for Charles Lincoln of Starbuck, Minnesota, will be held on Thursday, November 1, 2018 at 1:00 p.m. at Minnewaska Lutheran Church in Starbuck, Minnesota.  Reverend Dr. Joel Rolf will be officiating.  Visitation will be held Wednesday from 5 to 7 p.m. at the Starbuck Funeral Home in Starbuck and for one hour prior to services at the church on Thursday.  Burial will be at Lands Cemetery, rural Hoffman, Minnesota.

Charles Matthew Lincoln, son of Alfred and Ethel (Schwartz) Lincoln, was born June 13, 1949 at his home in rural Kensington, Minnesota.  Charles lived in rural Kensington his entire life, where he attended District 81 country school, and graduated from Kensington High School.  After graduating, he enlisted in the Army for a short period of time.  He worked for area farmers for a few years.  When his family moved to Farwell, Charles continued to work for farmers.  He enjoyed helping people.  He found a job delivering the weekly paper for Farwell, and got to know the town.  He also mowed lawns and cut wood for people; as well as other jobs.  Charles worked at the gas station and later worked for B & S Elevator in Farwell for 27 years.  Everyone in the farming community liked coming to B & S because Charles was friendly and talked about politics and the Minnesota Twins.  When his health failed, Charles became a resident of the Minnewaska Lutheran Home in Starbuck where he continued to live until the time of his death.

Charles died Saturday, October 27, 2018 at the Minnewaska Lutheran Home in Starbuck, Minnesota.  He was 69 years old.

He is survived by one brother: Robert Lincoln of Starbuck; two sisters: Rose (Marvin) Henricks of Starbuck and Alice Lincoln of Minneapolis and many nieces, nephews and cousins.  He was preceded in death by his parents; brothers: Sidney, David and James Lincoln; sister: Jane Giecek; nephews: Thomas and Kenneth Henricks and several aunts and uncles.

To order memorial trees or send flowers to the family in memory of Charles Lincoln, please visit our flower store.