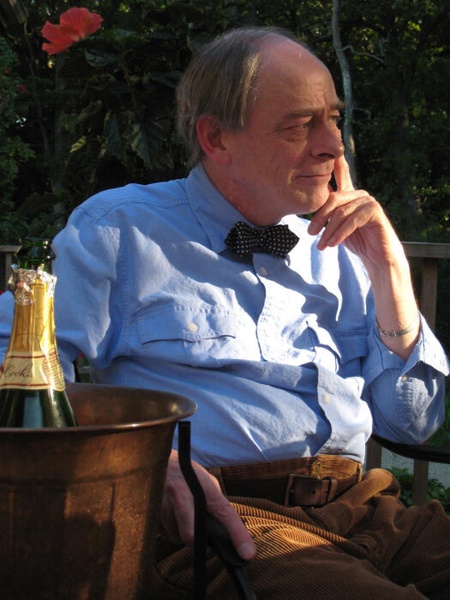 Memorial services for Charles “Charlie” Fowler of Morris, Minnesota, will take place at a later date.

Charles Thomas Fowler, son of Harold and Helen (Truman) Fowler, was born July 17, 1945 in St. Louis, Missouri.  At the age of ten, his family moved to Eden Prairie, Minnesota where he grew up and attended school and graduated from The Blake School in Hopkins. Following his graduation, Charlie attended the American Academy of Dramatic Arts in New York City.  He returned to St. Paul, where he acted professionally and later attended Kenyon College in Gambier, OH where he received a Bachelor of Arts Degree in English Literature. Charlie moved back to Eden Prairie and opened his own bookstore called Cheerful Charlie’s in Hopkins and also wrote for various newspapers in the Twin Cities.  In 1978, he moved to Morris and was united in marriage to Jenny Nellis on October 31, 1981.  The couple made their home in Morris where he worked full time as a writer and continued acting.  He continued to live in Morris until the time of his death. Charlie’s passion was reading and writing.

Charlie passed away Monday, November 30, 2020 at the Stevens Community Medical Center in Morris.  He was 75 years old.

He is survived by his wife, Jenny Nellis of Morris; daughter: Susannah Fowler-MacCallum of St. Cloud and two grandchildren: Mac and Charlie. He was preceded in death by his parents.

To order memorial trees or send flowers to the family in memory of Charles "Charlie" Fowler, please visit our flower store.