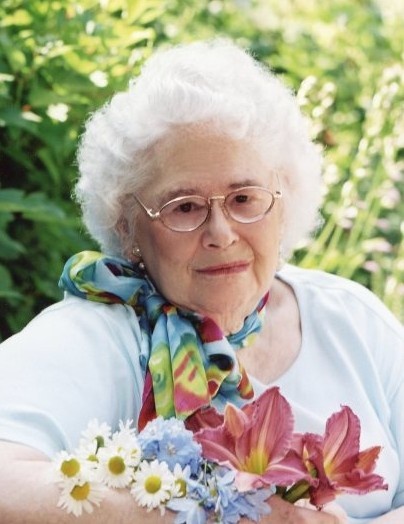 Charlotte Berte Peltier, daughter of Louis and Berte (Gillet) Peltier was born on June 1, 1921 in Auvillers-Les-Forges, France. She attended school and lived in Reims, France. During World War II she met Harold Hippe, the couple married in France on January 7, 1946. After the war, the couple made their home in Glenwood, Minnesota. In 1955, Charlotte married Bernard Wollan of Starbuck, the couple made their home near Starbuck, where Charlotte worked for the Minnewaska Lutheran Home. In 1969, Charlotte moved to Minneapolis, Minnesota where she continued to work as a seamstress and was a housekeeper for the MacMillan Family. Charlotte was united in marriage to Ivan Gonea in 1971. The couple lived in Minneapolis, before returning to Starbuck in 1979, due to Ivan’s health. Ivan died on August 6, 1979. Charlotte continued to live in Starbuck, working for the Minnewaska Lutheran Home and as a seamstress, a profession she held until the age of 84. Charlotte entered the Minnewaska Lutheran Home in June of 2011.

She was a member of the Indherred Lutheran Church, WELCA, and the Minnewaska Home Auxiliary.   Charlotte enjoyed knitting, crocheting, sewing, reading and crossword puzzles. She adored the opera and classical music. Charlotte will be remembered for her strong faith and the love of her family.

Charlotte died on Tuesday, January 2, 2018 at the Minnewaska Lutheran Home in Starbuck. She was 96 years old.

Starbuck Funeral Home in Starbuck is in charge of the funeral arrangements.  An online guest book can be signed at www.starbuckfh.com. Charlotte's Memorial Folder
To order memorial trees or send flowers to the family in memory of Charlotte Gonea, please visit our flower store.