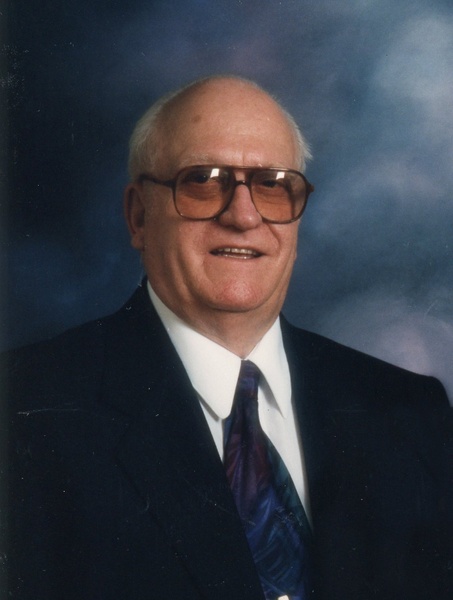 The memorial service for Clifford V. Buss, of Morris, Minnesota will be held on Tuesday, November 3, 2015 at 11:00 a.m. at the Federated Church in Morris, with Reverend Lauren Snell officiating. Visitation will be held Monday from 5 to 7 P.M. at the Pedersen Funeral Home in Morris and for one hour prior to services at the church. Burial will be at Summit Cemetery, Morris.

Clifford V. Buss, son of Chester and Gertrude (Johnson) Buss was born on June 19, 1920 in Park Rapids, Minnesota. The family moved to Morris, Minnesota in 1925, where Clifford attended school, graduating in 1939. In 1941, he entered the United States Army serving his country as a medic in the Philippines and Okinawa. After being honorably discharged, he returned to Minnesota. He was united in marriage to Margaret Ihli on November 7, 1946 in St. Cloud, MN. Clifford worked for the Morris State Bank from 1946 until his retirement in 1988. Margaret died in 1963. Clifford married Dorothy Mumme on October 4, 1969. The couple continued to live in Morris. Dorothy died October 25, 2007. Clifford became a resident at Glenwood Village Care Center in Glenwood, MN in July, 2015.

Clifford was a member of Federated Church in Morris and the Morris American Legion and VFW. He enjoyed playing cards, fishing and working puzzles.

Clifford died on Wednesday, October 28, 2015 at the Glenwood Village Care Center in Glenwood, Minnesota. He was 95 years old. To order memorial trees or send flowers to the family in memory of Clifford Buss, please visit our flower store.