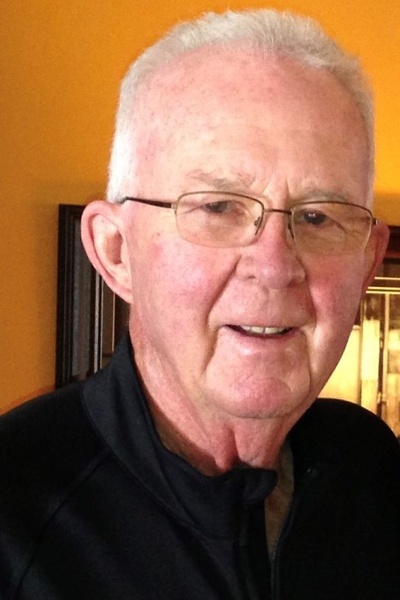 A Celebration of Conrad’s life will be held on Friday, February 28th at 3 PM at Church of the Palms at 3224 Bee Ridge Road, Sarasota FL 34239, with a Reception at Laurel Oak Country Club from 5 to 7 PM 2700 Gary Player Blvd, Sarasota FL 34240. Donations preferred to the Lakes Area Humane Society in Alexandria, MN.

Conrad Neil Freeman, Age 82 of Sarasota, FL and Alexandria, MN (formerly of Morris), passed away Thursday, February 20, 2020 after a long battle with Parkinson’s Disease, which he endured with grace and style. Conrad was born in Souris, ND on June 5, 1937, to Cartan and Helen Freeman. The family moved to Morris, MN in 1948, where Conrad graduated from high school in 1955. He then graduated from St. Olaf College in 1959 where he played basketball and golf as an “Ole”. He worked in community banking for many years as majority owner and President of Morris State Bank in Morris, MN. The Morris State Bank defined him for much of his life, and he operated it with extreme diligence and concern. Morris was where he and Penny (Ryhn) Freeman raised their 3 sons.

Early life was very difficult and Conrad’s core values and worldly views were largely formed from this upbringing--financial caution, thriftiness, and concern for taking care of family, although he was also very generous man to all. He enjoyed simple things in life such as a fire and a good boat ride, or a nice conversation – which reinforced his humble beginnings.

Conrad has always been a competitive athlete and LOVED to play games. Golf was clearly the favorite and he competed at a high level. As a youth he also thrived at football and basketball. He had his first hole-in-one at the age of 59 and would go on to have 8, with pride for every single one of them! He also loved to reminisce with family and friends about his high school basketball team and their State Tournament participation in 1955. Conrad and Linda, who he married in 1987, lived an amazing life together…traveling the world…actively participating and enjoying all their children’s and grandchildren’s lives, and always focusing on family and friends--a very rewarding life.

Conrad was an avid fisherman and outdoorsman throughout his life. He loved his St. Olaf ‘Ole’ buddies and had lifelong friendships with many of his Morris friends. Conrad also loved his Alexandria and Laurel Oak golf club communities. His family was his compass and he was always there for them. Conrad is preceded in death by his father, Cartan, and mother, Helen, along with many aunts, uncles and cousins.

To order memorial trees or send flowers to the family in memory of Conrad Freeman, please visit our flower store.

Church of the Palms