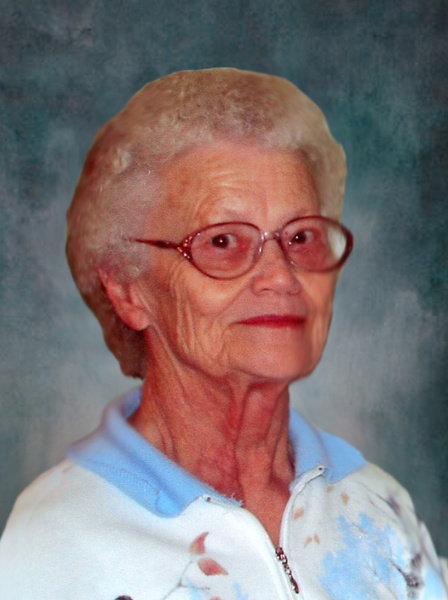 Funeral services for Corrine Krogh, longtime resident of the Hancock-Morris area, will be Monday, March 25, 2019 at 3:00 p.m. at Faith Lutheran Church in Morris, with Reverend Dell Sanderson officiating. Visitation will be one hour prior to services at the church on Monday. Burial will be in Summit Cemetery in Morris.

Corrine Phyllis Carlson, daughter of C. Albert and Agda (Strid) Carlson, was born in Stephen, MN on December 24, 1929 – and she always wished her birthday didn’t fall on Christmas. She was baptized and confirmed in Salem Lutheran Church, a small country church near her childhood home. Corrine married James Krogh on September 21, 1951. The couple settled in Hancock in 1965 and moved to Morris in 1990 after Jim retired from managing the Hancock Co-op. Jim died on January 19, 2008.

Corrine was a wonderful homemaker. She kept an immaculate house and ensured the cookie jar was always full for Jim. She loved writing and receiving letters, reading, playing and winning card games, collecting roosters, the color yellow, coffee and ice cream.

In lieu of flowers, memorials are preferred to West Wind Village, 1000 Scotts Ave., Morris, MN 56267. The family is grateful for the excellent care both Corrine and Jim received while residents of West Wind Village.

To order memorial trees or send flowers to the family in memory of Corrine Krogh, please visit our flower store.