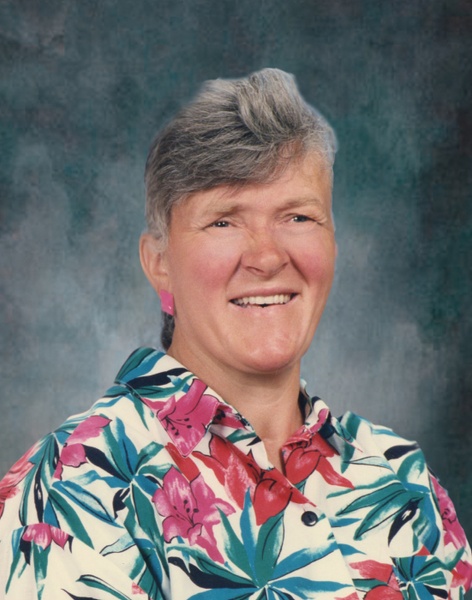 Funeral services for Darlene Aaberg of Starbuck, Minnesota, formerly of Cyrus, Minnesota, will be held Wednesday, January 3, 2018 at 1:00 p.m. at Trinity Lutheran Church in Cyrus, with Reverend Chris Richards officiating.  Visitation will be Tuesday from 4 to 7 p.m. at the Starbuck Funeral Home in Starbuck.  Burial will be in Cyrus South Cemetery in Cyrus.

Darlene Noreen Mickelson, daughter of Ernest and Nora (Halvorson) Mickelson, was born on April 18, 1943 in Morris, Minnesota.  She grew up and attended school in Cyrus, graduating in 1961.  She was united in marriage to Melvin Aaberg on June 16, 1962 in Cyrus.  The couple made their home on a farm east of Cyrus.  Darlene helped Melvin on the farm and raised their family of three children.  Melvin died on January 2, 1996.  Darlene continued to live on the farm until 2011, when she moved to the Minnewaska Lutheran Home in Starbuck, where she continued to live until the time of her death.

Darlene was a member of Trinity Lutheran Church where she was part of the Ladies’ Aid and worked many church bazaars.  When her children were growing up, she was a 4-H leader.  Darlene loved the farm including her horse named Lady, chickens and ducks.  She enjoyed gardening, collecting Case tractors, going to races in Alexandria and spending time with her mother.

Darlene died Friday, December 29, 2017 at the Minnewaska Lutheran Home in Starbuck.  She was 74 years old.

Starbuck Funeral home in Starbuck is in charge of the arrangements. Darlene's Memorial Folder
To order memorial trees or send flowers to the family in memory of Darlene Aaberg, please visit our flower store.