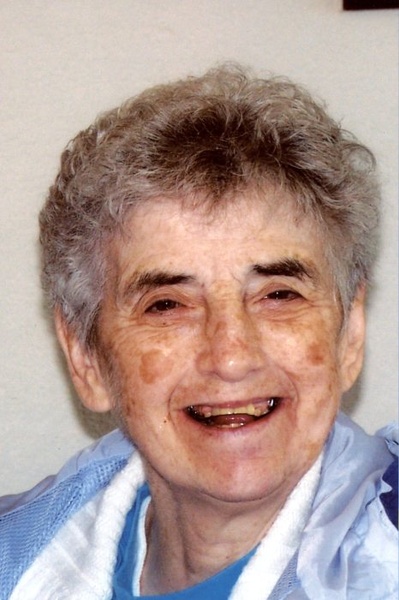 The funeral for Darlene Amborn, 82, of Morris, Minnesota will be held on Thursday, December13, 2018 at 10:00 a.m. at the Pedersen Funeral Home Chapel in Morris, with Reverend Dan Belgum-Blad officiating. Visitation will be Thursday, one hour prior to services at Pedersen Funeral Home. Burial will be at the Summit Cemetery, Morris.

Darlene Ida Amborn was born to Charles and Linda Amborn on September 6, 1936 in Big Stone County, MN.  Darlene, her twin sister, Arlene, and two other sisters lived at home with their parents until 1948. Darlene moved to Morris in January of 1975 to the Hoffman Home (later known as Ravenwood Home, Prairie Community Services) where she remained until her passing on December 9, 2018.  Many of Darlene’s housemates were together for more than 40 years, forming a special bond.   Darlene also worked at the Stevens County DAC until her retirement in 2012. Besides her housemates and fellow workers at the DAC, Darlene had many staff throughout the years who held a special place in her heart.

Darlene lost many of her family members at a young age, but she was fortunate to have had her older sister, Dolores, along with Dolores’s foster family in her life all these years. Each time they got together was a joyous reunion with lots of hand holding and singing. It became a yearly ritual to meet at the Mall of America, buy matching outfits and have photos taken together at Sears.

When Darlene came to Morris, she was also blessed to be welcomed into the arms of the Wallis Feuchtenberger family, who would remain in her life for the next 43 years.  She spent many Christmases and birthday celebrations with them and they became known as her “cousins.” She looked forward to each and every one of their visits, letters and photos. To Darlene’s delight, her cousins Kim and Laurie eventually became her guardians, assisting her with many important decisions in her life.

Darlene loved doing craft activities, baking, listening to music, and prior to her mobility decline she liked to dance, but there was one activity she enjoyed the most: her collection of photos.  She cherished all the photos that people gave her or staff had taken of her, spending hours admiring the people in the photos, sorting through them, and telling others about them.  Christmas was her favorite holiday because she would get so many cards with new photos!

Another activity that Darlene looked forward to was camp. At camp she could do things that she didn’t get the opportunity to do any other time of the year; she could fish, drive a pontoon, ride in a speed boat, swim and pet the animals.

In recent years Darlene had become the official grocery shopper for the house. Each week she and the staff would go to Willie’s and purchase the week’s groceries and maybe come home with a little fried chicken from the deli, another favorite.

Darlene prided herself in looking good, knowing where things should be, and making sure that other people felt her love.  She opened her heart to new housemates through the years with acts of kindness and generosity. Once someone was a part of the Ravenwood family Darlene was fiercely protective and always accepted them as they were. Darlene leaves behind dozens of staff who will not forget her spirit and zest for life. She touched people’s lives at the home, work place and community. The impact she made on those who knew her is endless and she will be missed by all.

To order memorial trees or send flowers to the family in memory of Darlene Amborn, please visit our flower store.