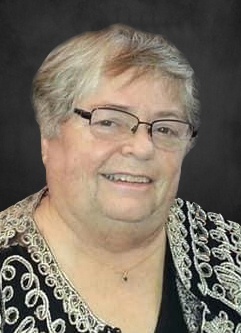 A celebration of life for Darlene will be held at the Starbuck Community Center on Saturday September 12, 2020 at 12:00 p.m., with a visitation from 10-12 and a lunch to follow.

There will be a live stream of Darlene’s memorial service starting at 12:00 p.m. on Saturday, September 12th.  To view the service on the Starbuck Funeral Home website, scroll to the bottom of Darlene’s page and click the link.

Darlene June (Wooley) Jellum, daughter of Lester and Carrie (Lechner) Wooley, was born June 7, 1945 in St. Paul, MN.  Darlene grew up in Iowa, where she was confirmed in Federica at St. John Lutheran Church and graduated in 1963 from Tripoli High School in Tripoli IA.  After graduation, she moved to California to live with her sister, Beverly, then moved to Minneapolis, where she meet the love of her life, David and worked for Northrup King.

On October 9, 1965 Darlene was united in marriage to David Jellum by Reverend William Klein in Frederika Iowa. The couple bought a hobby farm and made their home in Forest Lake, MN.  Darlene worked as a Bank Teller, and Veterinarian Technician for Doc Hansen, where they remained until 1973.  At that time, Darlene and David moved to Starbuck and began running their dairy and grain farm, the same farm that David’s parents and grandparents had previously operated.  They continued to farm until David’s retirement in 2012.  Darlene loved the farm and continued to live on the home farm since that time.   While farming Darlene did dog grooming, she also ran Grandma’s Gift Shop in Starbuck and later became a CNA at the Minnewaska Lutheran Home in Starbuck until 2013, when she took a short break then continued her employment until she retired in July 2020.

Over the years, Darlene was an active member of the Indherred Lutheran Church, where she was a Sunday school teacher and was involved in the woman’s auxiliary.  Darlene and David were active with UFFDA in Glenwood and she volunteered to help with Community Thanksgiving\Christmas\Easter dinners.  Some of her other interest included reading, her animals, attending concerts and the theater, and pretty much anything that allowed her to spend time with her beloved family and friends.  Darlene enjoyed traveling and went on many cruises over the years starting with the Sunday family pontoon cruises which evolved into a Mississippi River Boat cruise and other cruise trips to Alaska, the Panama Canal, the Caribbean, Norway, Australia, Hawaii, and New England\Canadian, even thou she didn’t have a love for water as she did not learn how to swim.

Darlene passed on August 5, 2020 at the St. Cloud Hospital surrounded by family, having lived to reach the age of 75 years.

To order memorial trees or send flowers to the family in memory of Darlene Jellum, please visit our flower store.