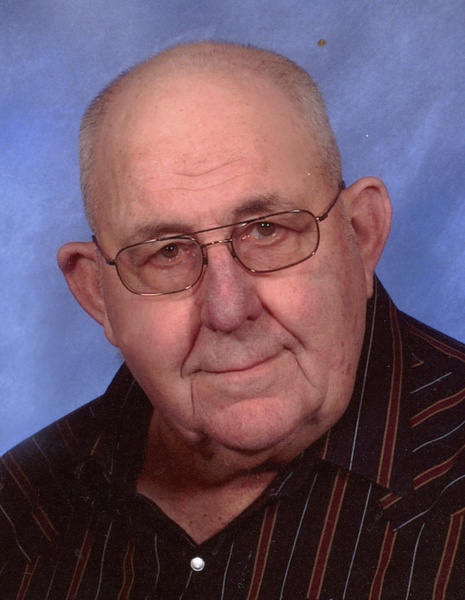 Funeral services for Darrel Koehntop of Morris, Minnesota will be held Thursday, December 21, 2017 at 10:30 a.m. at Faith Lutheran Church in Morris, with Reverend Dell Sanderson officiating. Visitation will be Wednesday from 12:00 to 2:00 p.m. at Faith Lutheran Church and one hour prior to services at the church on Thursday. Burial will be in Summit Cemetery in Morris.

Darrel Emil Koehntop, son of Emil and Lucille (Moore) Koehntop, was born June 20, 1937 in Stevens County. He attended Country School District #70 through the 6th grade and graduated from Morris High School with the class of 1955. Following his schooling, Darrel joined the Minnesota Army National Guard, beginning his basic training at Fort Leonard Wood, Missouri and completing his training at Fort Ord, California. He spent several years going to Camp Ripley in Minnesota each June. Darrel met and fell in love with Jeanette Messner. They were married on November 10, 1962 at the First Congregational Church in Hancock. They made their home on a farm 4 miles north of Morris. In 2007, Darrel and Jeanette built a house and moved into Morris, where they currently reside.

Darrel farmed with his dad and brother, Maynard; he spent his time getting the land ready for Maynard to plant. Darrel also did all the combining and with Maynard they both plowed and chiseled the land.  Maynard’s son Roger and his wife, Bonnie joined the operation and later, their sons, Kyle and Max joined the family farm as 4th generation farmers, now known as Koehntop Farms. In addition to Roger and Bonnie, Kyle and Max, the farming operation involves their daughter Nicole and her husband Mitch and Kyle and Max’s wives, Mandi and Megan.

Besides being a grain producer, he raised hogs. He and several pork producers at the time helped to establish the Stevens County Pork Producers.

Darrel was a member of Faith Lutheran Church, which he helped to build in 1987. He was also a member of the Morris American Legion, AmVets and Eagles Club.

Darrel died on Sunday, December 17, 2017 at the Barrett Care Center in Barrett, Minnesota. He lived to 80 years.

He is survived by his wife of 55 years, Jeanette Koehntop of Morris; nieces and nephews: Roger (Bonnie) Koehntop of Morris, Veronica Kramer of Barrett, Robert (Shelley) Messner of Hancock, Allen (Lisa) Messner of Fargo and Laurie (Rick) Notsch of Chokio and several great-nephews, great-nieces and cousins. He was preceded in death by his parents and his brother: Maynard in November, 2015 and sister-in-law, Bertha Koehntop in 2001.