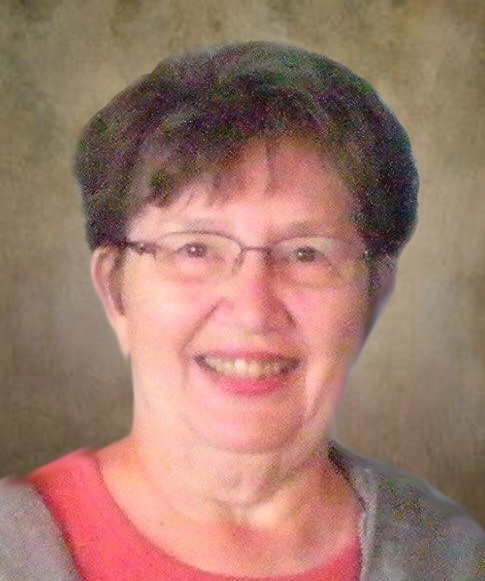 Funeral services for Dolores Tirevold of Cosmos, MN, formerly of Chokio will be Saturday, March 7, 2020 at 10:30 a.m. at the Pedersen Funeral Home in Morris, with Reverend Dan Belgum officiating. Visitation will be Friday from 5 to 7 p.m., with a prayer service at 7:00 at the Pedersen Funeral Home in Morris and for one hour prior to services at the funeral home on Saturday. Burial will be in Chokio Lutheran Cemetery, rural Chokio.

Dolores Eveline Snell was born on September 8, 1941 in Morris, Minnesota to Evert and Eveline (Towner) Snell.  She was raised in the Chokio area where she attended school; graduating with the Chokio High School class of 1959.  After high school, she attended the Minnesota School of Business in Minneapolis.  She started her career working for Peavey Elevator Company before moving to Morris and worked for Sears.  While back in Morris, she reconnected with, Dennis Tirevold, the two grew up knowing each other; began dating and were married on December 15, 1962 at the Chokio Methodist Church.  Following their marriage they stayed in Morris, and Dolores worked in the English Department at the University of Minnesota until Dennis finished his schooling.  Dennis’ teaching job relocated them to Jeffers and Lakefield.  After teaching, he began an insurance agency that moved them to Dodge City, Kansas and Lee Summit, MO.  Dolores stayed home and cared for their children, worked a few different jobs, but ultimately worked as Dennis’ office manager.  They retired in 2005, and moved to Cosmos, Minnesota, a destination they choose to be halfway between the families.  Shortly after, Dolores was diagnosed with Parkinson’s Disease, she doctored at the U of M in Minneapolis.

Dolores was an active member of the Methodist Church, teaching Sunday school in her earlier years.  She was very talented, and it showed with her hobbies of sewing, quilting, crocheting.  She enjoyed spending time playing the piano, cooking, gardening, canning, and traveling – touring 47 states!  Most importantly, Dolores, loved spending time with her family; they would travel all over to visit and attend sporting and school events.

In Dolores’ words – Her greatest accomplishment was bringing up her children the way they should be and taking care of them.  She would like to be remembered for her cinnamon rolls!  Some of her fondest childhood memories were going to grandma’s house every Sunday after church and when the whole family would get together at Christmas and Thanksgiving.

Dolores died peacefully at her home on Sunday, March 1, 2020, surrounded by her family and her loving husband Dennis of 57 years. She was 78 years old.

To order memorial trees or send flowers to the family in memory of Dolores Tirevold, please visit our flower store.