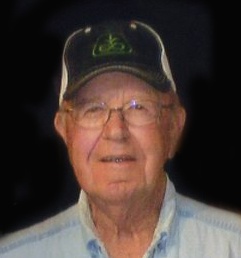 Funeral services for Donald Horning of Herman, Minnesota will be Thursday, July 27, 2017 at 10:00 a.m. at Bethel Lutheran Church in Herman, MN, with Reverend Jerry Lanes officiating. Visitation will be Wednesday from 5:00 to 8:00 p.m. at the Pedersen Funeral Home in Morris, MN and for one hour prior to services at the church on Thursday. Burial will be in Lakeside Cemetery in Herman.

Donald Jerome Horning was born on May 17, 1929 to Orville and Lillian (Berg) Horning in Appleton, MN. “Donnie” grew up on the family farm north of Chokio. After attending country school and graduating from Chokio High School in 1948, he took a welding course and then helped on the farm. From 1952-1954, Don served in the army (101st Airborne Division-“Screaming Eagles”) in the Aerial Photo Reconnaissance Interpretation Unit, part of the O.S.S. (now part of the C.I.A.). After army life, he took a course in general mechanics at NDSU.

While working as a welder in Minneapolis in the winter of 1954-55, he met a pretty nurse named Marilyn Carlson. They were married on December 8, 1956 in Loveland, CO. They made their home on the farm south of Herman, where he built the house for himself and his growing family. He and Marilyn raised five children: David, Karen, Robert, Paul, and Lisa (Andrea). Over the years, Don did both livestock and crop farming, working alongside his brothers. During his lifetime, he was an active member and board member of Bethel Lutheran Church, Stevens County NFO, and the Eldorado Township Board. Together they enjoyed traveling to Colorado, Montana, Sweden, Norway, and Korea. They generously supported worthy causes. Marilyn died in 2006. He continued to farm until 2015.

Don will be remembered for his quiet demeanor, enjoyment of meals served hot and on time (with pie as dessert!), working on the daily crossword puzzle, and never going anywhere without a cap on his head and a pen in his pocket. He loved to tinker, collect old tools, build model airplanes, and fix things rather than replacing them.

Memorials may be directed to the Honor Flight Network https://www.honorflight.org or the Herman American Legion Post 378.

Donald's Memorial Folder
To order memorial trees or send flowers to the family in memory of Donald Horning, please visit our flower store.