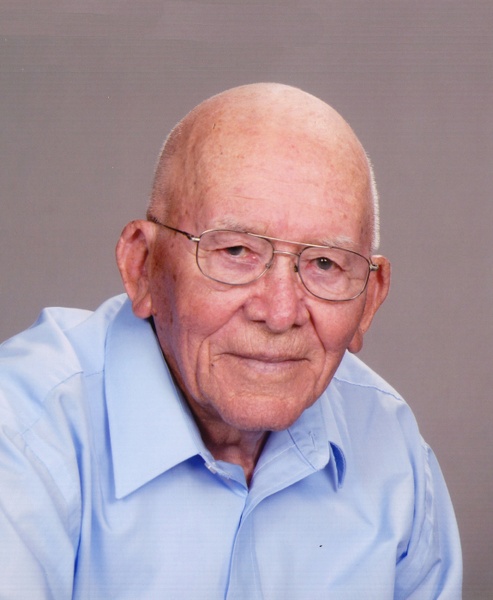 Alexandria, formerly of the Alberta/Morris Area

Celebration of Life Services for Donald Stroman of Alexandria, formerly of the Alberta/Morris areas will be Saturday, January 4, 2020 at 2:00 p.m. at the Pedersen Funeral Home in Morris. Visitation will be one hour prior to the services at funeral home. Burial will be a private family burial.

Donald Charles Stroman, 95, passed to his eternal rest surrounded by loved ones on Monday, December 30, 2019, at his home at Nelson Gables Assisted Living in Alexandria, MN.

He and his twin sister, Doris, were born November 3, 1924 in a snowstorm with no doctor present at the farm home of his parents Charles and Anna (Jensen) Stroman near Swanville, Minnesota. He grew up in the community and attended country school, later graduating from Swanville High School in 1942. He and Doris were the fourth and fifth of six children in the family.

As a farm kid, he learned to work hard early on, since his mother died in 1941 and his dad in 1945. As his siblings moved away, Don tried to keep the farm going but later sold out and headed to the west coast to find employment.  He discovered a passion for traveling on that first road trip and the hundreds that followed. He wanted to see new places and take roads less traveled. He married the love of his life, Betty Jean Foley, on September 16, 1950 and they began their farming life renting 160 acres south of Alberta. The early years were lean, but they persisted, eventually buying the farm in 1959. Together they raised seven children. In 1990, they retired from farming. They were married nearly sixty years.

Don was active in several organizations because he believed in giving back to community. He was a charter member of the Alberta Wildlife Federation, served on the school board, the Stevens County HRA Board, and was especially passionate about the Alberta Area Improvement Corporation, which brought new homes and businesses to Alberta.  In 1963, Don took on a new challenge when he was appointed postmaster in Alberta, where he served until he retired from the postal service in 1987. He built the post office building in 1965 and it is still in use today.

He kept farming full time with the help of his partner, his son Keith, and they rented additional acres. He also sold Trojan seed corn to local farmers. Don was a John Deere man from start to finish, running the green machines in his fields, and later restoring a large collection of tractors.

Don and Betty wintered in Arizona for over 20 years, meeting new friends and loving the warm winters. They enjoyed being members of the Heartland Swingers Polka Club, and by Betty's calculations, danced in 31 different states. He was an ardent supporter of the Stevens County Historical Society and was honored with a place of the society's Hall of Honor in July of 2017.

When Betty's illness kept them home in Morris for five years, Don was her faithful and loving caregiver. She died July 28, 2010.  He returned to Arizona that fall and continued enjoying winters there. He fully intended to go again in October, but his health did not allow that. Don moved to Nelson Gables in the spring of 2018, and soon found new friends. His macular degeneration limited his ability to join in activities, but he was happy to share his countless stories with residents and staff. His family remembers hearing those stories over and over, but they never got old. Positivity and persistence are among the traits he passed on to his children.

Don is survived by his children: Diane (Larry) Macht of Raymond, MN, Julie (Jim) Boyle of Alexandria, MN, Beverly (Dennis) Panzer of Plymouth, MN, Marie (Jim) Uhrich of Maple Grove, MN, Marcella (John Stedje) Stroman of Winsted, MN and Kevin (Jeromy Peterson) of Bainbridge Island, WA; daughter-in-law: Karen Stroman of Casa Grande, AZ; sister: Sonia Stapel of Cannon Falls, MN; sister-in-law and brother-in-law: Donna and Russell Larson of Chokio, MN; 15 grandchildren, ten great-grandchildren, and other relatives and friends. He was preceded in death by his wife Betty in 2010, and his twin sons, Kenneth as an infant, and Keith, at 57, in 2012.

Memorials are preferred to the Stevens County Historical Society and Museum, 116 W 6th St, Morris, MN 56267, phone 320-589-1719, www.stevenshistorymuseum.com. Pedersen Funeral Home in Morris is in charge of the arrangements.

To order memorial trees or send flowers to the family in memory of Donald Stroman, please visit our flower store.