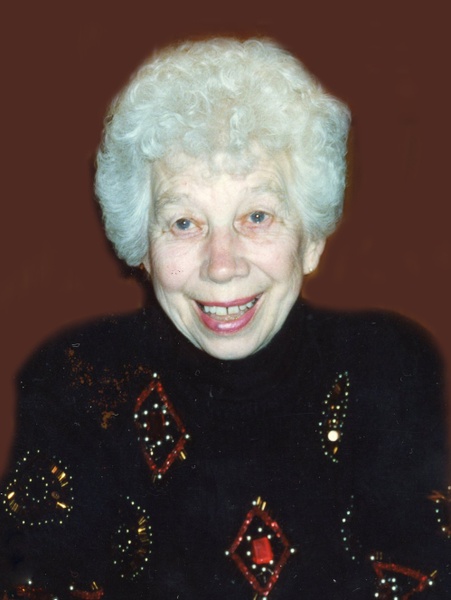 Memorial services for Doris Weinreis of Morris will be held Saturday, January 21, 2017 at 1:30 p.m. at West Wind Village in Morris. Visitation will be one hour prior to services.

At the age of 22 while working on her parent's farm she met Jim Weinreis. Jim was delivering gravel to the farm for the new barn they were building. He was immediately smitten and asked her out. Just a few short months later they were married at the Catholic Church in Donnelly, Minnesota. Their wedding dance was held at the Donnelly Hall.

After they were married they lived in California for a short period of time where Doris worked in the shipyards as a welder during WWII. But most of her married life she spent in the restaurant business along with her husband, Jim. Together they ran a restaurant in Herman for one year and owned and operated the Atlantic Café in Morris for two years. They ended their 35 year career in the restaurant business at their home away from home The Corner Café in Donnelly, Minnesota where Doris greeted everyone one with a smile and made you feel right at home.
Later in life Doris remained very active by volunteering at Assumption Catholic Church in Morris and at the VFW and American Legion. On the fourth of July you could always find her marching in the parade with a big smile.

Jim and Doris celebrated their 75th wedding anniversary this past October. Seventy five years of good times and hard times during which they sometimes made each other mad and they also made each other laugh but through it all their love for each other was always evident. They loved each other with all their heart during all the good and hard times.
Doris will be missed very much by all of her family but she will be remembered for her strong faith, her kind and gentle spirit and her great love of family. Even though we will miss her very much we take comfort in knowing we will see her again someday.

Doris died on Friday, December 30, 2016 at the Stevens Community Medical Center in Morris. She was 97 years old.

To order memorial trees or send flowers to the family in memory of Doris Weinreis, please visit our flower store.