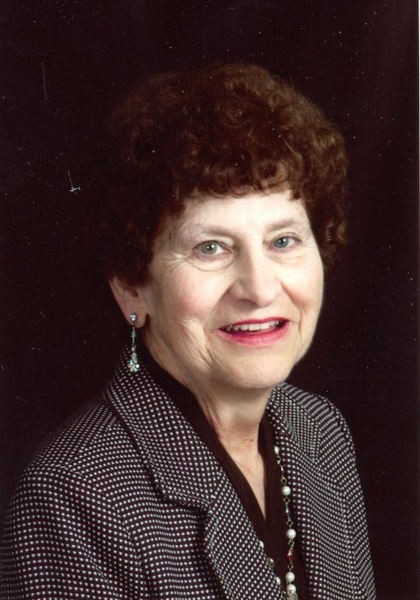 The Christian funeral service for Dorismae Meers, of Chokio, Minnesota will be held on Tuesday, February 26, 2019 at 10:30 a.m. at the Trinity Evangelical Lutheran Church near Johnson, with Reverend Eugene Andrus officiating. Visitation will be on Monday from 5 to 7 p.m., with a prayer Srvice at 7:00 p.m. at the Mundwiler and Larson Funeral Home in Graceville, Minnesota, and Tuesday, one hour prior to services at the church. Burial will be at the Trinity Lutheran Cemetery, Johnson.

Dorismae Marie Schliep, daughter of George and Sophia (Williams) Schliep was born on June 20, 1933 in Fairfield Township, near Holloway, Minnesota. Dorismae excelled in her studies, she attended school at District #48 in Fairfield Township, Adams School, in Yakama, Washington, and Ortonville High School, graduating salutatorian in 1951. She continued to learn throughout her life, even taking college classes in her 70’s.

Dorismae was united in marriage to Wilfried Meers on March 21, 1953, at the Trinity Lutheran Church in Ortonville, the same church she was confirmed in 1947. The couple made their home on a farm near Johnson, Minnesota. From 1966 to 1969, the family lived in Granite Falls, Minnesota. They returned to the family farm near Johnson, where Wilfried and Dorismae worked side by side in the family business Meers Millwork, building countless cabinets for homes and businesses. Dorismae also worked over 40 years in social service offices in Yellow Medicine, Stevens, and Big Stone Counties.

Her faith and family were most important: a dedicated member of Trinity Evangelical Lutheran Church near Johnson as member of the church choir, ladies aid, and bell choir; she also attended countless activities of her children and grandchildren. Dorismae and Wilfried traveled to many dance halls near and far, square dancing and round dancing. She was a published writer, with poems and short stories. A local historian, working countless hours on projects in Big Stone County with the historical group, and helping restore a local cemetery. Dorismae will be remembered for being a determined, intelligent, and kind lady, with quick wit and a sense of humor.

Dorismae died on Friday, February 22, 2019 surrounded by her family, at the New Perspective Senior Living in West Fargo, North Dakota. She was 85 years old.

To order memorial trees or send flowers to the family in memory of Dorismae Meers, please visit our flower store.