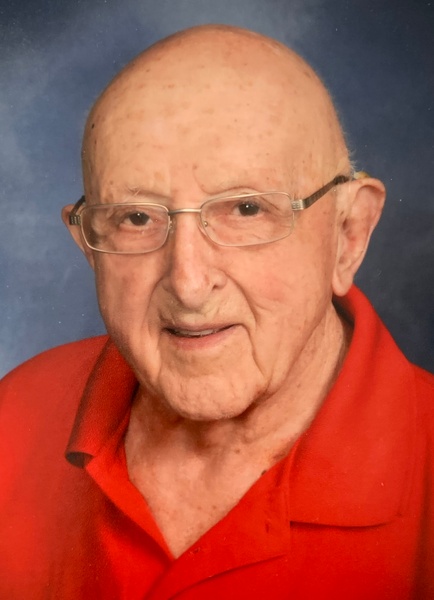 Memorial services for Dr. Donald Foster Bucher of Starbuck - has been canceled at this time.

Foster Donald Bucher, 95, was born October 28, 1924 to Sarah Priscilla and Foster Leonard Bucher in a teacherage near Foreman, North Dakota.   During Don’s growing years the family lived in Cleveland, Lisbon, and Hatton, North Dakota.  He graduated from the Hatton High School in 1942 and worked briefly for the F.B.I. in Washington D.C. before enrolling in Naval V-12 educational program to become a medical doctor.  Don took his pre-med at Yale, New Haven, CT and then went to University of North Dakota medical school.

From 1950-1990, Don practiced medicine in Starbuck, taking time in 1953-1955 to serve as a medical officer aboard ship USS Olmstead during the Korean War. In 1956, Don’s friend and UND college roommate, Dr. Allan Zempel, joined his practice in Starbuck.

Don was devoted to his patients and was awarded the Minnesota Family Physician of the year in 1986. A community leader, Don served on the boards of numerous community organizations and was a member of the Fron Lutheran Church of Starbuck and the American Lutheran Church, Sun City, AZ.  Don enjoyed woodworking, golfing, and in earlier days, hunting and flying his Cessna 500 airplane.

After retirement Don and Kathy enjoyed winters in Arizona with their Minnesota snowbird friends.  The past six years they made their home at Holly Ridge Manor.

In lieu of flowers memorial donations in memory of Don can be made to Fron Lutheran Church and Holly Ridge Manor Assisted Living in Starbuck, MN.

To order memorial trees or send flowers to the family in memory of Dr. Foster Bucher, please visit our flower store.