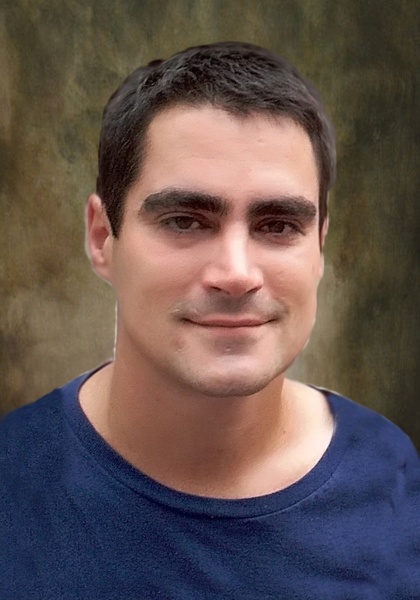 Memorial services for Dustin Backman of Donnelly, Minnesota will be held on Tuesday, November 14, 2017 at 11am at Trinity Lutheran Church in Alberta, with Minister Minette Stalheim Johnson officiating. Visitation will be Monday, November 13 from 4–7pm at the Pedersen Funeral Home in Morris and for one hour prior to services on Tuesday. Burial will take place at Lakeside Cemetery in Herman, Minnesota.

Dustin Andrew Backman, son of Brad and Jonna (Dahm) Backman, was born July 18, 1983 in Morris, Minnesota, where he was baptized at Federated Church. Dustin attended the Chokio-Alberta School District until 1989, when the family moved to Bismarck, North Dakota. He then attended Solheim Elementary School and Wachter Middle School until 1999, when the family moved to Herman, Minnesota where Dustin continued his schooling at Herman-Norcross, later receiving his GED. Dustin moved with his family to Donnelly where he worked with Jost Construction. In September of 2017, ready for a fresh start, Dustin found a job working in construction and moved to Sioux Falls, South Dakota.

Dustin was an honorable man with a very warm heart. He enjoyed fishing, camping, and eating home cooked meals! He always found the humor in everyday situations and loved to laugh and make people laugh. He liked working construction, studying history, and figuring out “how things worked.” Most of all, he loved spending time with his family and his beloved pitbull, Louie.

Dustin died on Wednesday, November 8, 2017 at his home in Sioux Falls, South Dakota. He lived to 34 years. Dustin's Memorial Folder
To order memorial trees or send flowers to the family in memory of Dustin Backman, please visit our flower store.