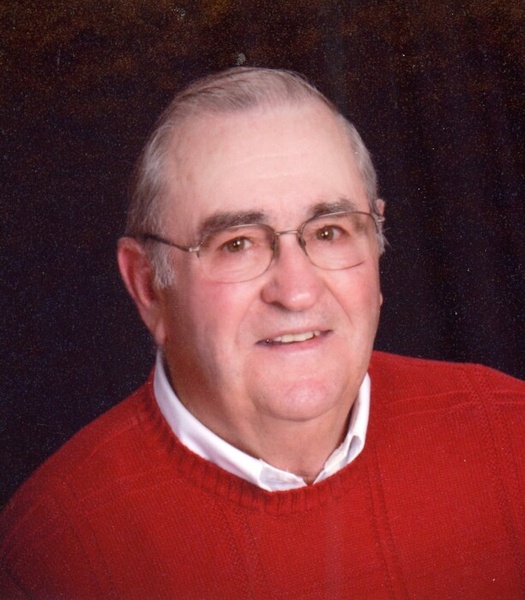 Earl Glen Blackwelder was born on June 14, 1938 to Walter and Darline (Braman) Blackwelder in Graceville, Minnesota. He was baptized and confirmed at Zion Lutheran Church in Chokio and graduated from Chokio High School with the class of 1955. After graduation, Earl worked for Kenny Asmus Construction until he was able to transition to dairy farming full time.

On February 16, 1963, Earl married Andrea Rixe in Graceville and the two were blessed with two sons. Earl instilled a strong work ethic in his sons from an early age. He enjoyed spending time with his kids and grandkids on the farm, and also attending their extracurricular activities, including his son’s wrestling matches and horse shows, and later, his grandkids’ 4-H events and Little League games. Earl took pride in his family, and if asked, he would say his biggest accomplishment was having been able to see five generations on his family dairy farm.

Earl enjoyed hunting and fishing, but did not like losing to Andrea at bowling. He was a member of the Chokio-Alberta School Board and the board of the Chokio Equity Exchange. Earl and Andrea enjoyed traveling to Arizona in the winter for a few years. He served as head usher for Our Savior’s Lutheran Church for 23 years and participated in the Chokio Community Picnic for over three decades.

IN LIEU OF FLOWERS THE FAMILY PREFERS MEMORIALS TO BE GIVEN IN EARL’S NAME TO OUR SAVIOR’S LUTHERAN CHURCH.

Pedersen Funeral Home in Morris is in care of arrangements for Earl.

To order memorial trees or send flowers to the family in memory of Earl Blackwelder, please visit our flower store.
Open