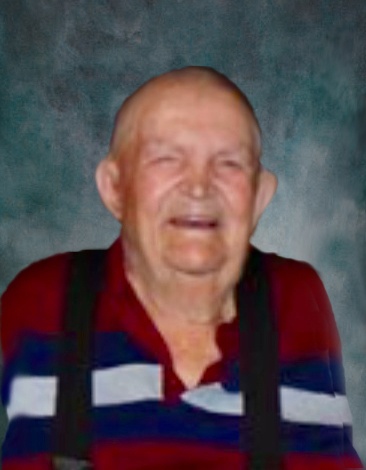 Memorial services for Earl Steuck of Chokio, MN will be Monday, August 12, 2019 at 1:00 p.m. at Our Savior's Lutheran Church in Chokio, with Minister Minette Stalheim Johnson officiating. Visitation will be one hour prior to services at the church on Monday. Burial will be in Frog Lake Cemetery near Alberta.

Earl Lester Steuck, son of William and Eda (Teinert) Steuck, was born November 25, 1926 in Baker Township, Minnesota. He grew up in the Chokio area and attended Alberta Public Schools. On November 25, 1948, he was united in marriage to Grace Banister at Earl’s family farm, which they later lived on and raised their eight children. The couple farmed until 1983, when they moved into Chokio, where Earl worked at the Chokio School and also worked at the Morris Hospital. He also worked as a CNA at several nursing homes. Grace died on March 12, 2019 and Earl has continued to live at West Wind Village in Morris since that time.

Earl was a member of the Morris Eagles, Alberta Sportsman and was a 4-H Leader. He enjoyed gardening, raising over 200 tomato plants and selling the tomatoes, dancing, fishing, crafts and spending time with his family.

He is survived by his children: Eda (Charles) Stein of Clinton, Marsha (Dutch) Poel of Winsted, Doreen (Don) Plocker of Morris, Michele Steuck of Winsted, Damon Steuck of Fargo, ND and Stephanie (Larry) Jensen of Howard Lake; daughter-in-law: Wendy Steuck of Chokio; 11 grandchildren; 16 great-grandchildren; three great-great-grandchildren and sister-in-law: Esther Steuck of Chokio. He was preceded in death by his wife: Grace; sons: Lester and Royal; his parents; two brothers: Oliver and Roger and one sister: Loraine Thompson.

To order memorial trees or send flowers to the family in memory of Earl Steuck, please visit our flower store.