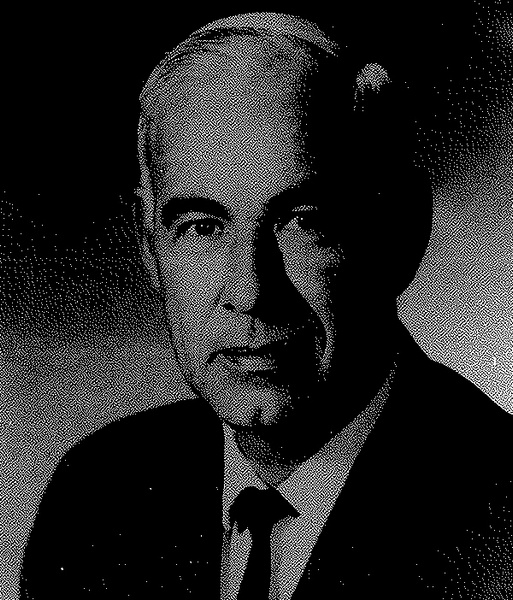 A Celebration of Life will be held for Edward Morrison on Saturday, May 27, 2017 at the Alexandria Golf Course, 2300 N. Nokomis NE, Alexandria, MN.

Edward died on Wednesday, January 4, 2017 in Scottsdale, Arizona. He lived to 96 years.

Edward J. Morrison, a newspaper publisher, hotel investor, and community leader in Morris, died of congestive heart failure on Wed., Jan. 4 at his home in Scottsdale, Arizona. He was 96.

Mr. Morrison played a large role in the establishment of the University of Minnesota, Morris (UMM). He was honored as the third recipient of the Distinguished Services Award presented by the UMM Alumni Association.

Edward was born in Morris to Edna (Murphy) and J.C. Morrison on April 18, 1920. He graduated from Morris High School in 1937 and studied accounting at the West Central School of Agriculture, where he helped perform audits of local cities. He earned degrees in journalism and business from the University of Minnesota, graduating in 1941.

He began working at the Morris Tribune newspaper as a bookkeeper when he was about 12 years old. At the age of 14, he worked as the local subscription agent for the Minneapolis Journal. After college, he joined his father, J.C. Morrison, at the Tribune.

He married Helen Jane Stevenson on Sept. 21, 1941 at the Federated Church of Morris. They celebrated their 75th wedding anniversary in September.

After the Pearl Harbor attack brought the United States into World War II, Edward enlisted in the United States Navy. He was sent to Harvard to be trained as a Navy Supply Corps officer. When he graduated at the top of his class, he was able to choose his first billet. He chose the WAVE training center at Iowa State Teachers College in Cedar Falls, Iowa, the posting that was closest to Minnesota.

Later, he was sent to Okinawa to set up and manage a hospital as the United States anticipated the invasion of the Japanese mainland. When the war ended, he continued to serve in Okinawa until he was honorably discharged in 1946, having attained the rank of Lieutenant Commander.

He returned to Morris, where he and his father bought the competing newspaper, the Morris Sun, in 1947. They began publishing twice a week. Ed was a prolific editorial writer who addressed local, state, and national issues.

Ed served as president of the Minnesota Newspaper Association in 1957. In 1969, he and four other newspaper publishers built Quinco Press, a pioneering central printing plant, in Lowry, MN. Edward and his partners bought newspapers in Alexandria, Wadena, Staples, and Lancaster, Wisconsin. He continued to be active in the business until 1999, when the Morrison family sold the Sun-Tribune to Forum Communications. The Morrison family owned the Tribune for 101 years.

Mr. Morrison began investing in hotels in the early 1960s. He and his partners owned properties in Hobbs, NM, Phoenix, AZ, and Show Low, AZ. Together with partners from Morris, Mr. Morrison built the Holiday Inn in Brookings, SD. When Wisconsin Dells was still a sleepy tourist town with only Mom-and-Pop lodgings, Morrison and his partners built the town's first full-service hotel. Later, he invested in hotels in Omaha, NE and Glenwood Springs, CO.

Edward was a founding member and president of the West Central Educational Development Association, the group that convinced the Minnesota Legislature to establish UMM in 1960. Edward and Helen Jane spent countless hours meeting with legislators and making the case for a University branch in Morris. UMM Provost Jack Imholte said that Edward and Helen Jane were "synonymous with the birth and growth of UMM." Imholte praised Edward's "marvelous ability to synthesize things."

Edward served the Morris community in many ways. He worked on the building designs for the Morris hospital and additions to the facility. He was a longtime director of First Federal Savings and Loan and helped to guide the bank through changing times. He worked to bring industry and medical care to Morris and contributed to many community betterment efforts. With his wife, he established many UMM student scholarships. In 2013, they endowed the Edward J. and Helen Jane Morrison Gallery at UMM.

Edward also served on the Minnesota Good Roads board and the University of Minnesota Health Sciences Advisory Board.

He enjoyed fishing, boating, travel, playing bridge, and musical entertainment. He divided his time between residences in Alexandria, Morris, and Scottsdale. He belonged to the Congregational Church of Alexandria and the Federated Church of Morris. Always an optimist, he continued to be an active investor up to the time of his death.

Mr. Morrison is survived by his wife, Helen Jane Morrison; his son and daughter-in-law, James and Elizabeth Morrison of Morris; his grandson, James E. Morrison of Fergus Falls; and two brothers-in-law, Robert (Harriet) Stevenson and David (Susan) Stevenson, both of Morris. He was preceded in death by his parents and one brother, John Morrison.

The Celebration of Life Service will be on Saturday, May 27, 2017 from 4 to 7 p.m. at the Alexandria Golf Club. A private burial will be at Summit Cemetery, Morris.


To order memorial trees or send flowers to the family in memory of Edward Morrison, please visit our flower store.