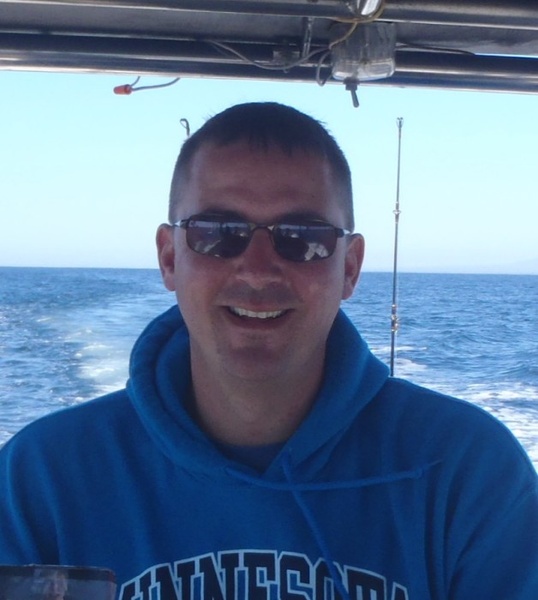 Edward Earl Picht, 40, of Montevideo, died on Monday, Oct. 1, 2018 in Big Stone County. He was born on Sept. 10, 1978 in Morris, MN to Dennis Picht and Barbara (Nissen) Roles. He was the youngest of three children. He was baptized on Oct. 8, 1978 in Chokio, MN and confirmed on April 24, 1994. Ed attended Chokio-Alberta High School, went to college at NDSU for law  enforcement, then switched over to Alexandria Tech to finish his training in law enforcement. He worked for Douglas and Pope County as a Boat Patrol Officer in the summer of 2000. He then transferred to Anoka Sheriff’s department as a Bailiff Officer on Oct. 23, 2000 to Sept. 27, 2001 where he went to Wright County Sheriff’s department where he was a K-9 Officer. In 2005, he started in Montevideo as a Conservation Officer.

Ed was united in marriage to Tamara Jean (Burnett-Bikkie) Picht on Feb 16, 2002 in Chokio, MN. They lived in Saint Michael, MN in 2001, Buffalo, MN in 2004, and then in 2005 to Montevideo. From this marriage, they were blessed with three beautiful children: Tierra, Wyatt, and Madison.

Ed was an active member in the Lions Club, at one time being the President; as well as the founder of the Montevideo Bushwacker’s Club. He enjoyed maple syruping with the kids, gardening, hunting and fishing, as well as cross-country skiing. He was known to never have a conversation go silent; he always would strike up something to get it going again. He also enjoyed going on “Ed-ventures” with family and friends.

He is survived by his wife, Tammy; his three children, Tierra, Wyatt, and Madi of Montevideo. His parents, Barbara, and step-dad, Bob Roles of Chokio, MN; and Dennis Picht of Chokio, MN. His brothers, Wayne (and Terri) Picht, and Wesley Picht, both of Chokio, MN His in-laws, Don and Judy Burnett of Spring Lake Park, MN. His sister-in-law; Jennifer (and Brian) Seekon of North Branch, MN

To order memorial trees or send flowers to the family in memory of Edward Picht, please visit our flower store.