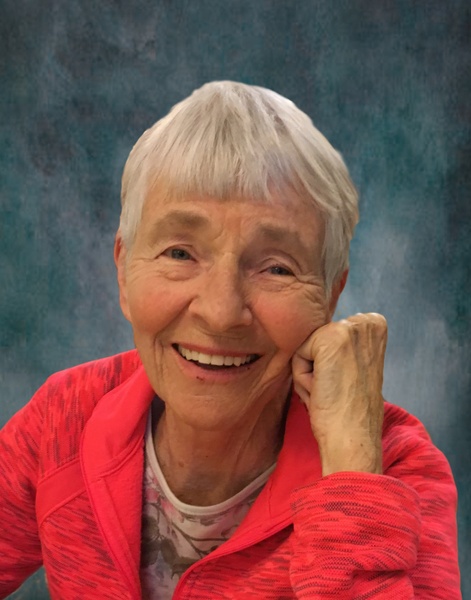 Elaine Bee Carbert, daughter of Fred and Adeline (Olson) Carbert, was born on November 30, 1936.  She was baptized at First Lutheran Church in Morris, and confirmed at Trinity Lutheran Church in Cyrus.  Elaine grew up and attended school in Cyrus, graduating from Cyrus High School in 1954.  Following her schooling, Elaine attended Concordia-Moorhead College where she received a Bachelor’s Degree in Education. She was united in marriage to Delbert A. Jordan on August 24, 1956 at Trinity Lutheran Church in Cyrus.  The couple made their home in Shorewood, Minnesota where Elaine was a Home-Economics Teacher at Cooper-Armstrong High School for 30 years.  Following her retirement, Elaine and Del moved to Nevis, Minnesota where they lived on Lake Belle Taine.  They also spent many winters in Mesa, Arizona. Delbert died in 2001.  Elaine married Frank Anania on December 29, 2004.  They made their home in Alexandria, Minnesota and Mesa, Arizona where she continued to live until the time of her death.

Elaine enjoyed camping and traveling.  She took trips all over the United States and also to Italy and Asia.

Elaine died Monday, November 13, 2017 at The Summit at Sunland Springs in Mesa, Arizona.  She was 80 years old.

She is survived by her husband: Frank Anania of Mesa, AZ; two sons: Chris Jordan of Alexandria and Ted (Julie) Jordan of Forest Lake; one daughter: Beth Coolbroth of Swift Falls, MN; one brother: Paul (Pat) Carbert of Morris; eight grandchildren; nine great-grandchildren and many nieces and nephews.  She was preceded in death by her husband Delbert; her parents and one granddaughter: Ashley Hughes.