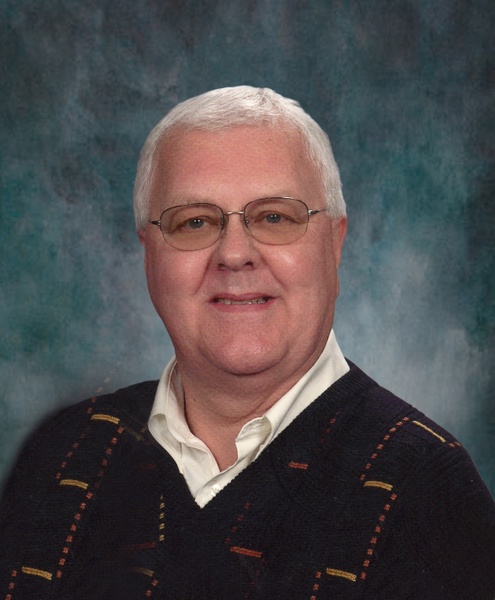 Funeral services for Ellsworth Engebretson of Morris, Minnesota will be held on Thursday, January 4, 2018 at 2:00 p.m. at Trinity Lutheran Church in Cyrus, Minnesota, with Reverend Chris Richards officiating.  Visitation will be held on Wednesday, from 4 to 7 p.m. at the Pedersen Funeral Home in Morris, and for one hour prior to services at the church on Thursday.  Burial will be in Cyrus South Cemetery in Cyrus.

Ellsworth John Engebretson, son of Walter and Alva (Stadsvold) Engebretson, was born on April 29, 1946 in Morris, Minnesota. He grew up on a farm in the Starbuck area, graduating from Cyrus High School in 1964.  Ellsworth was united in marriage to Louise Adams on October 30, 1965 at St. John’s Lutheran Church.  The couple moved to St. Paul, Minnesota where he was a shipping clerk for Northland Ski Company.  In 1966, they found that they liked a rural area best and moved to Cyrus, Minnesota, where he ran Lakeland Bait Shop.  While running the bait shop, Ellsworth would seine minnows locally and made many trips to Brainerd, Minnesota where he would purchase wild rice. In 1976, Ellsworth purchased the local garbage business in Morris and renamed it Engebretson Sanitary Disposal Service Inc. He owned and operated this business with Louise’s help for over 40 years.  In 2004, he was diagnosed with a rare disease called Primary Systemic Amyloidosis.  Due to this illness, Ellsworth retired from Engebretson Disposal but continued to live life to his ‘new’ fullest potential.  He enjoyed spending time caring for his aging parents, traveling with Louise to cat shows and being able to watch his grandchildren grow up was something that he truly cherished.

Ellsworth was a member of Trinity Lutheran Church in Cyrus.  He served in many community organizations throughout his life including the Cyrus City Council, he was a volunteer fireman in Cyrus for 23 years, worked on a number of solid waste programs, served on the Morris Chamber of Commerce, Morris Area Industrial Development Commission Board of Directors and was on the Alexandria Viking Speedway Board of Directors.  Ellsworth was also a sponsor member of Pheasants Forever for both Pope and Stevens counties, West Central Trailblazers and the Fraternal Order of Eagles.  Being involved in the surrounding communities was very important to Ellsworth.

He enjoyed stock car racing, snowmobiling, deer hunting and pheasant hunting.  Relaxing at home and working in the yard was one of his favorite things to do.  He would ride around in his golf cart, making sure his grass was perfectly green.  Most of all, Ellsworth enjoyed visiting and spending time with his family and friends.

Ellsworth died peacefully surrounded by his family on Saturday, December 30, 2017 at his home in Morris.  He was 71 years old.

The family will be giving memorials in Ellsworth’s name to the Amyloidosis Foundation.  To learn more about Amyloidosis, please visit www.amyloidosis.org

Ellsworth's Memorial Folder
To order memorial trees or send flowers to the family in memory of Ellsworth Engebretson, please visit our flower store.