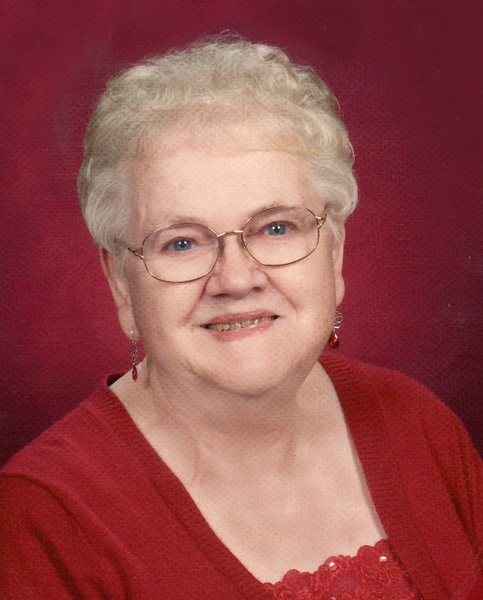 Funeral services for Esther Thompson of Cyrus, Minnesota will be held Thursday, December 7, 2017 at 10:30 a.m. at Trinity Lutheran Church in Cyrus, with Reverend Chris Richards officiating. Visitation will be Wednesday from 5 to 7 p.m. at the Pedersen Funeral Home in Morris and for one hour prior to services at the church on Thursday. Burial will be in St. Petri Cemetery near Cyrus.

Esther Grethe Christensen, daughter of Dan and Magdalene (Nielsen) Christensen was born on July 12, 1930 in Skagen, Denmark. She attended school in Denmark. In 1948 at the age of 17 and after WWII, she immigrated to America with her family, settling in Barrett, MN. She was united in marriage to Gorden Thompson on March 3, 1951 at St. Petri Lutheran Church in Cyrus, in a horrendous snow storm. The couple made their home for 66 years on a farm near Cyrus.

She was a member of Trinity Lutheran Church, actively involved in the ALCW, Do-Days and the annual Trinity Lutheran Bazaar. In 1978, Esther and her brother Knute made a trip back to Denmark to visit family. Esther loved family celebrations with her children, grandchildren and great-grandchildren.

Esther died on Sunday, December 3, 2017 at the Glenwood Retirement Village in Glenwood, MN. She was 87 years old.

Esther's Memorial Folder
To order memorial trees or send flowers to the family in memory of Esther Thompson, please visit our flower store.