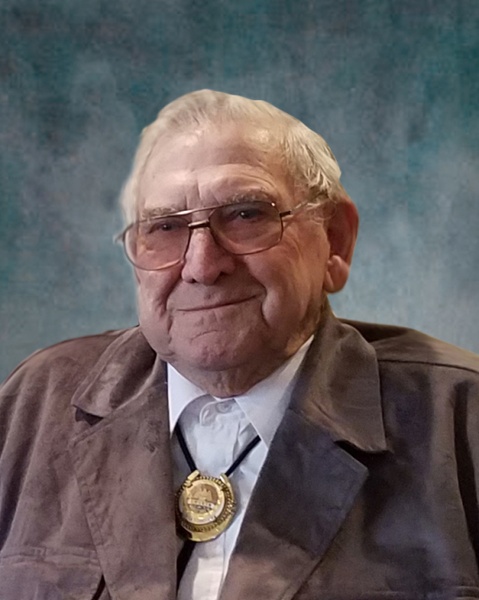 Funeral services for Eugene DeGier of Morris, Minnesota will be Tuesday, May 29, 2018 at 11:00 a.m. at St. John’s Lutheran Church in Hancock, MN, with Reverend Bruce Hanneman officiating. Visitation will be Monday from 5 to 7 p.m. at the Pedersen Funeral Home in Morris and for one hour prior to services at the church on Tuesday. Burial will be in Lakeside Cemetery in Hancock. Military rites will be provided by the Morris American Legion, V.F.W. and AmVets.

Eugene Harland “Brother” DeGier, son of Peter and Ella (Biesterfeld) DeGier, was born January 17, 1937 in Moore Township in Stevens County, Minnesota, where he grew up and attended Hancock Schools. Following his schooling, Gene began farming with this father. He enlisted in the United States Army in August, serving with the 101st Airborne Division’s 187th Infantry. He was honorably discharged in December of 1959. On July 29, 1960, Gene was united in marriage to Della Ann Cin at the Nazarene Church in Alberta, Minnesota. The couple made their home in Morris, where they raised their two children and Gene owned and operated his own construction company. He most recently was owner/operator of his pilot escort service and route surveying.

Gene was a lifelong member of the Morris American Legion, V.F.W, AmVets and Eagles. He also served on the Morris Fire Department for many years. He enjoyed camping, fishing, horseback riding, driving through the countryside, playing cards and spending time with his friends at DeToy’s. Gene loved joking around and was a wealth of knowledge.

Gene died on Wednesday, May 23, 2018 at Knute Nelson Memorial Home in Alexandria, Minnesota. He was 81 years old.

To order memorial trees or send flowers to the family in memory of Eugene DeGier, please visit our flower store.