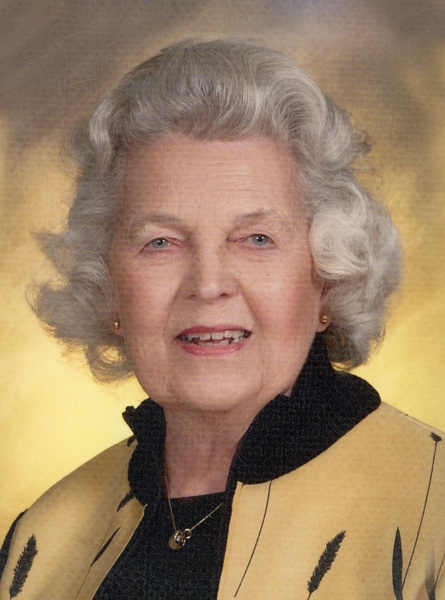 Evelyn Davison, 90, passed away on Friday, April 8 in Morris, MN.

Funeral services will be held at 11:00am on Tuesday, April 19 at Federated Church, 200 S. Columbia Avenue, Morris with Rev. Lauren Snell officiating.

Evelyn Eleanor Lundgren was born in Minneapolis on February 28, 1926 to Allen and Aurelia Lundgren, the youngest of three sisters growing up in a household on South Fremont Avenue six blocks east of Lake Calhoun.

In 1948, while working as an audiometer technician for Minneapolis Public Schools, she was introduced to a young University of Minnesota law student named Keith C. Davison. They were married on April 12, 1950 at Prospect Park United Methodist Church in Minneapolis, and their union lasted just four days short of sixty-six years. The couple settled in Wheaton, Minnesota, where they lived until moving to Morris in 1990.

In addition to raising three children, Evy was an active member of a Wheaton-area PEO chapter for many years, a volunteer driver for meals-on-wheels, a Morris library volunteer and an enthusiastic bridge player. She loved the company of close friends and belonged to a birthday club in Wheaton, celebrating fellowship of special occasions among members.

She was also a gifted campaigner for Keith during his political candidacies. When Keith ran for U.S. House of Representatives in 1966, she toured western Minnesota giving speeches to groups and greeting people from all over the vast 7th Congressional district. There were meetings with U.S. Presidents and future Presidents, members of Congress and their families. She had a brightness, geniality and compassionate nature that people truly loved.

In retirement, Evy and Keith traveled the world.

Evy loved to garden, was an avid reader, an excellent cook and a loving mother to her children.

The Davison family are very grateful to Dr. John Stock, and the staff members and volunteers of Stevens Community Medical Center, West Wind Village and Knute Nelson Hospice for the care and kindness bestowed upon Evy during the final days and weeks of her lifetime.

Our thanks, also to the many friends of our family who have expressed condolences and shared their memories of Evy with us during a very difficult time of grieving. Knowing how much Evy has been loved among members of the community has been gratifying beyond measure.

She was preceded in death by her parents and her sister Marcella Lundgren.

Evy's family ask that memorials to the horticulture gardens at West Central Research and Outreach Center or Doctors Without Borders be considered. To order memorial trees or send flowers to the family in memory of Evelyn Davison, please visit our flower store.