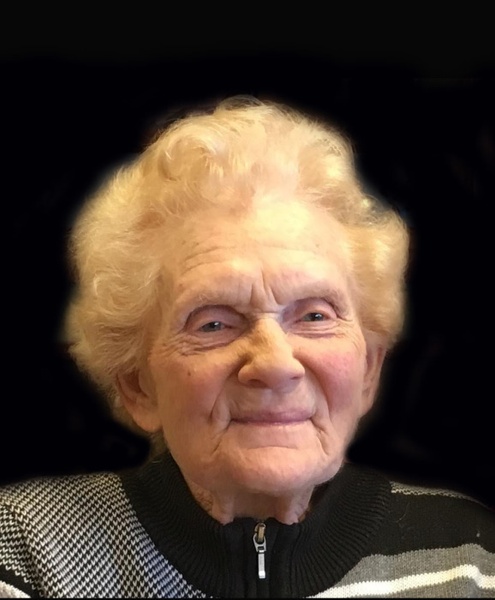 Evelyn Renner, daughter of Edward and Anna (Picha) Renner was born on August 18, 1921 in Crete, Nebraska, where she grew up and attended country school through the 8th grade.  After her schooling, Evelyn worked at a dry cleaning business and worked as a house cleaner.  In 1939, she and a friend decided to move to Minneapolis, Minnesota and attend art school. While living in Minneapolis, Evelyn met Erwin Reed.  The couple was united in marriage on June 29, 1943 in Benson, Minnesota. Following their marriage, they made their home near Hancock, Minnesota and farmed. Evelyn and Erwin also loved gardening, they had a large garden that would grow enough for family, friends and neighbors, and still have a surplus to sell to the local super market.

After retiring, the couple spent time traveling and spending winter months in Texas and Arizona in their RV. Evelyn enjoyed writing, painting and gardening and loved spending time with her family.

Evelyn died on Saturday, September 2, 2017 at the Home Appeal care facility in Moorhead. She was 96 years old.

Pedersen Funeral Home in Morris, Minnesota is in charge of the funeral arrangements.  An online guest book can be signed at www.pedersenfh.com.