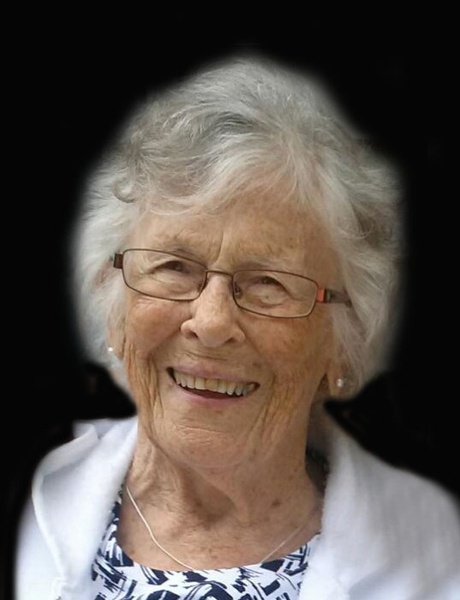 The memorial service for Florence Christians of Morris, Minnesota, formerly of Herman, Minnesota, will he held Thursday, August 17, 2017 at 11:00 a.m. at Eden Reformed Church in Herman, Minnesota with Reverend JoAnn Graf and Reverend Ted Graf officiating.  Visitation will be held one hour prior to the service at the church.  Burial will be at Lakeside Cemetery in Herman, MN.

Florence Leona (Klaassen) Christians was born on the family farm near George, Iowa on August 18, 1930 to Harm and Reka (Abels) Klaassen.  She attended Zoar Church in Lyon County, Iowa and grew up on a farm near George, Iowa.  Florence received her education through the 8th grade at a rural school in Lyon County and graduated high school in Little Rock, Iowa with the class of 1948.  On January 11, 1949, she was united in marriage to Lloyd Christians of Little Rock, Iowa.  Following their marriage, the couple moved to a farm near Little Rock and in 1955, moved to a farm east of Herman, Minnesota.  To this union, they had one daughter and three sons: Brenda, Lowell, Terry and Scott. They owned and operated Lloyd’s Supermarket in Herman.  Lloyd passed away on September 16th 1974.  Florence continued to live in Herman where she worked at Herman Drug until her retirement.  In 2012, Florence moved into Morris, to live with Brenda and Jeff.

Florence was a very active member of the Eden Reformed Church in Herman.  Some of her favorite past-times included biking, walking, being with friends, and most of all, spending time with her family.

Florence died peacefully on Sunday, August 13, 2017 surrounded by her family at Legacy Living in Morris.  She was 86 years old. Florence's Memorial Folder
To order memorial trees or send flowers to the family in memory of Florence Christians, please visit our flower store.