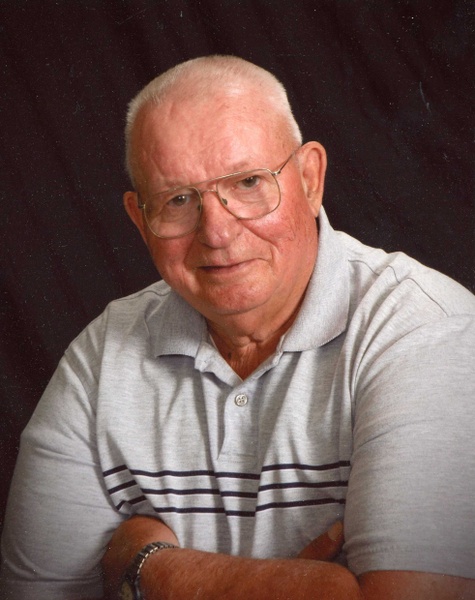 The memorial service for Floyd Lehman, of Morris, Minnesota will be held on Thursday, April 28, 2016 at 10:30 a.m. at the Assumption Catholic Church in Morris. Celebrant for the service will be Father Todd Schneider. Visitation will be on Wednesday at the Pedersen Funeral Home in Morris from 4 to 7 p.m., with a prayer service at 6:30 p.m. and Thursday at the church, one hour prior to services. Burial will be at the Calvary Cemetery, Morris.

Floyd Raymond Lehman, son of Eugene and Irene (Fonnest) Lehman was born on August 27, 1940 in Breckenridge, Minnesota; the third of ten children. He attended school at Perham High School in Perham, Minnesota. In 1958, he joined the Minnesota Army National Guard and received an honorable discharge in 1964. Floyd was united in marriage to Donna Paul on September 1, 1960 at St. Henry's Catholic Church in Perham. The couple moved to Morris, Minnesota in 1964. Floyd worked various jobs, but loved trucking. 53 years of trucking and over 5 million miles; he drove for three generations of Eystad Family Trucking, was an owner/operator of Floyd Lehman Trucking and from 1995 to 2005 trucked for Riley Brother's Construction. After his retirement, Floyd enjoyed driving for local car dealers in Morris. Donna died on August 20, 2015. Floyd continued to make his home in Morris.

He was a member of the Assumption Catholic Church, Morris Eagles and Morris American Legion. Floyd was a 17 year member of the Morris Volunteer Fire Department, retiring in 1990. He will be remembered for his kind heart, quick wit and never being able to say "No" when someone called or asked for help. Floyd always said "I have lived 75 years and had 100 years of fun."

In Lieu of flowers, the family wishes memorials are given to Knute Nelson Hospice of Morris or the Courage Cottage in Morris. Floyd Lehman
To order memorial trees or send flowers to the family in memory of Floyd Lehman, please visit our flower store.