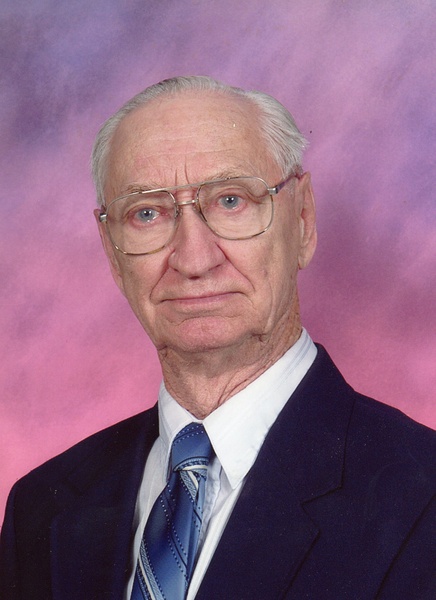 Funeral mass for Francis R. Schmidt of Morris, MN will be held Saturday, July 9, 2016 at 2:30 p.m. at Assumption Catholic Church in Morris. Celebrant for the service will be Father Todd Schneider. Visitation will be Friday from 5 to 7 p.m., with a prayer service at 6:30 and a rosary to follow at the Pedersen Funeral Home in Morris. Visitation will resume one hour prior to services at the church on Saturday. Military rites will be provided by the Morris American Legion, V.F.W. and AmVets.

Francis "Fritz" Raymond Schmidt, son of Henry and Mary (Van Kempen) Schmidt, was born January 14, 1920 on the family farm east of Morris in Hodges Township. He was baptized and confirmed at Assumption Catholic Church in Morris. Fritz attended country school and many years later received his GED. While growing up and following his schooling, he helped on the family farm. On April 26, 1942, he was drafted into the United States Air Force, serving during WWII as SGT in India and China. Fritz was honorably discharged on November 14, 1945. Following his discharge, he returned to the family farm. On June 5, 1946, he was united in marriage to Madelyn Daily at Assumption Catholic Church by Father Fearon. The couple continued to live on the family farm and eventually purchased it from Fritz's dad. Fritz and Madelyn retired from farming in 1982, but stayed on the farm until 2009 when they moved into Morris. Fritz enjoyed working on many projects in his garage and spending his retirement years with his wife of 70 years, Madelyn.

Fritz was a lifelong member of Assumption Catholic Church, V.F.W., Morris American Legion, Eagles and Knights of Columbus. He enjoyed hunting, reading National Geographic and anything about history and the wars and playing cards, especially Euchre. He also enjoyed building wooden butterflies and mailboxes. He was known for his signature corn wave and always having a good joke to tell.

Fritz died on Tuesday, July 5, 2016 at the Stevens Community Medical Center in Morris. He lived to 96 years. To order memorial trees or send flowers to the family in memory of Francis Schmidt, please visit our flower store.