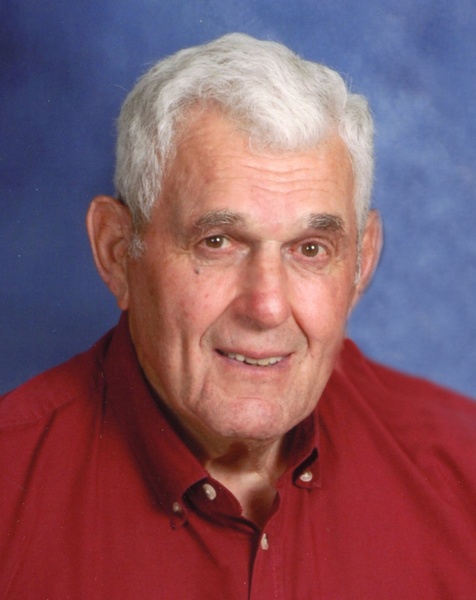 Memorial service for Franklin Miller of Morris, MN will be Saturday, September 23, 2017 at 10:30 a.m. at Assumption Catholic Church in Morris, with Father Todd Schneider. Visitation will be Friday from 5 to 7 p.m., with a prayer service at 7:00 and rosary to follow at the Pedersen Funeral Home in Morris and for one hour prior to services at the church on Saturday.  Burial will be in Calvary Cemetery, with full military rites provided by the Morris American Legion, V.F.W. and AmVets.

Franklin Michael Miller, was born July 16, 1934 in the Stevens County Hospital. He is the son of Anton Albert Miller and Elizabeth Agnes (Sauter) Miller. Franklin grew up on the family farm that his grandfather had purchased in 1911. He attended country school starting kindergarten at the age of 4 years to age 8. He then attended St. Mary’s Catholic School to the 8th grade and Morris High School, where he graduated the 12th grade in 1951. Franklin joined the United States Army and completed basic training at Camp Chaffee, Arkansas in 1954. He made soldier of the month in August. At graduation, he was picked to lead the parade of the battalion because he had a natural 30 inch step. Franklin worked as a radio operator in Fairbanks, Alaska from 1954 to 1956. He returned home to Minnesota and farmed a small farm west of Donnelly. In 1960, Franklin was introduced to Agnes Ascheman by her brother Richard (Dick) Ascheman. They were married on November 9, 1962 and the following year they moved back to the Miller Family Farm. The next four years for the couple were very busy with a baby being born each year. Together they worked hard and built up the farm operation. In 1990, Franklin retired from farming.

Franklin and Agnes traveled some, enjoyed the easier life and would seek out different casinos, where he played “The Game”. Franklin was a big fan of hunting and fishing. You would often find him in his boat, on the ice or driving around looking for wild game.  Franklin passed his love of life onto his four children and grandchildren.

Franklin died on Saturday, September 16, 2017 at the Courage Cottage in Morris, MN. He lived to 83 years. Franklin's Memorial Folder
To order memorial trees or send flowers to the family in memory of Franklin Miller, please visit our flower store.