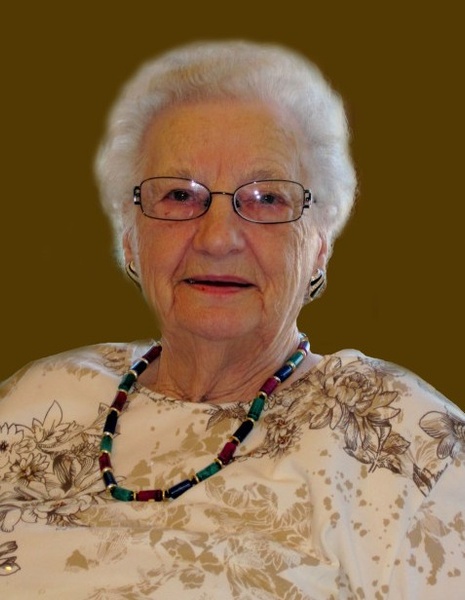 Funeral services for Genevieve Hansen of Morris, MN will be Saturday, September 30, 2017 at 10:00 a.m. at West Wind Village Chapel in Morris, with Pastor Michael Hanson officiating. Visitation will be Friday from 5 to 7 p.m., with a prayer service at 7:00 p.m. at the Pedersen Funeral Home in Morris and for one hour prior to services on Saturday at West Wind Village. Burial will be in Summit Cemetery in Morris.

Genevieve Wilbur was born on December 7, 1926 to Richard “Dick” Wilbur and Evelyn (Cork) Wilbur on a farm near Frazee, Minnesota. She attended a rural school and then worked on her parents’ farm until she met and married Ernest Stein on April 21, 1947. Ernest Stein died in May, 1999. She then married Larry Hansen in November, 1999. They were married for nine years.

Genevieve worked over 20 years at various restaurants in Morris including the Red Dot, Don’s Café and the Del Monico. She enjoyed gardening, cooking, dancing, playing cards and watching Wheel of Fortune. She babysat her grandchildren as well as Gary and Sandy Thorstad’s children. She also took care of her husband, Ernest for a number of years due to ill health.