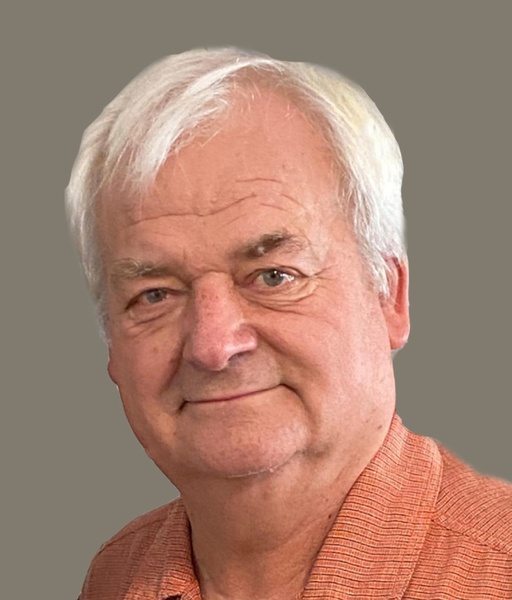 Funeral services for Geoffrey "Jeff" Volker of Morris, will be held on Wednesday, January 20, 2021 at 10:00 a.m. at Faith Lutheran Church in Morris.  A visitation will be on Tuesday, January 19, 2021 from 5:00 - 7:00 p.m. at Pedersen Funeral Home in Morris.  Reverend Dell Sanderson will be officiating, and burial will be at Lakeside Cemetery by Herman.

There will be a live stream of Jeff's service starting at 10:00 a.m. on Wednesday, January 20th.  To view the service on the Pedersen Funeral Home website, scroll to the bottom of Jeff's page and click the link.

Geoffrey Lynn Volker was born on August 11, 1950 in Morris, Minnesota to Lloyd and Nancy (Ritzschke) Volker.  He was raised on the family farm east of Herman.  Jeff was baptized and confirmed in the Lutheran Faith and received his education at Herman Public Schools, graduating with the class of 1969.  Following his education, he joined the Army National Guard and served from August 25, 1969 to August 24, 1975.  On June 28, 1975 Jeff was united in marriage to Brenda Christians at Eden Reformed Church in Herman, Minnesota.  They made their home in Donnelly and welcomed three daughters.  Jeff held several jobs over the years, including: the grain elevator in Donnelly, Henry’s Candy Company, later named Henry’s Foods, and lastly, the Stevens County Highway Department where he worked in the maintenance department – his favorite task was operating the snowplow!  Jeff and Brenda continued to live in Donnelly until 2002, when they moved into Morris.

Jeff was a proud member of the Donnelly Fire Department, retiring after 40 years, he served on the Donnelly City Council and the Donnelly Rod and Gun Club.  He was a member of the Kongsvinger Lutheran Church, rural Donnelly until their move to Morris when they became members of Faith Lutheran Church in Morris.  Jeff enjoyed his annual ice fishing trips with the Bobber Droppers and was more than happy to organize and plan the trips.  He also enjoyed deer hunting, gardening and canning.  Jeff had a hand in woodworking and building – everything from birdhouses with his grandchildren to garages and additions with whoever needed help.

Jeff was very proud of his family and his grandchildren.  He was a protector, had a big heart, and on occasion, very stubborn!  He was a hard worker; and was very dedicated.  He was willing to help anyone who needed it, as evident with his 40 years on the fire department.  Jeff was a great brother and loved his extended family.  Sundays were made for visiting.  He loved talking to people and could strike up a conversation with anyone, even strangers; he affectionately called out “Hey Guy!” when he saw his friends and acquaintances.  Jeff knew where he was going in life and what he wanted.  He lived by his motto – “if someone needs help, you help them!”

Jeff passed away unexpectedly on Saturday, January 16, 2021 at the Stevens Community Medical Center in Morris.  He was 70 years old.

Pedersen Funeral Home in Morris is in care of arrangements for Jeff.

To order memorial trees or send flowers to the family in memory of Geoffrey Volker, please visit our flower store.