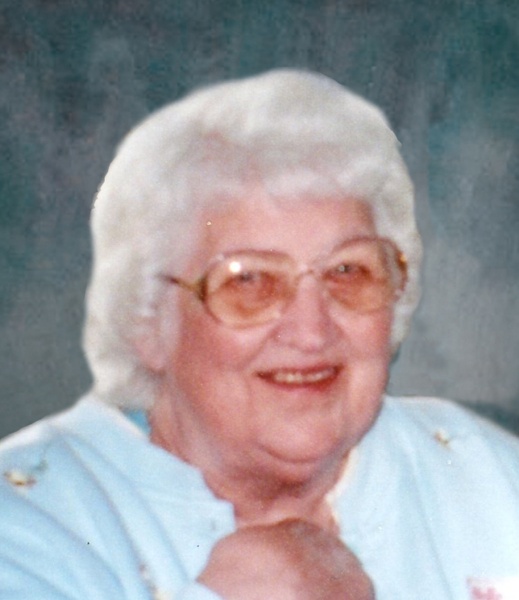 Funeral services for Georgia Smith of Morris, Minnesota will be held Friday, February 2, 2018 at 11:00 a.m. at the Hosanna Worship Center in Morris, with Reverend Tom Fangmeier officiating.  Visitation will be one hour prior to services at the church on Friday.  Burial will be in Vinger Cemetery, near Donnelly.

Georgia Alvina Harstad, daughter of George and Alpha (Olsen) Harstad, was born on January 24, 1926 on a farm near Donnelly, Minnesota.  She grew up and attended country school, later graduating from Morris High School.  On February 18, 1946, she was united in marriage to Laurel Smith in San Diego, California.  Laurel served in the United States Navy, and due to his later employment with Civil Service, the couple continued to live in various places throughout the United States.  Georgia received her LPN from Trade Tech in Salt Lake City, Utah.  Laurel passed away on March 12, 1975.  Georgia moved back to Morris where she worked at the hospital.   Later, Georgia attended The Rhema Bible Institute in Tulsa, Oklahoma.  After her graduation, she made her home in Morris where she made a career with nursing and ministry in the Morris community.  Georgia continued to live in Morris until the time of her death.

Georgia was a member of the Hosanna worship Center.  She held Bible study at her apartment to many people from town and surrounding areas.  She enjoyed playing piano, traveling and spending time with family and friends.

Georgia died Tuesday, January 30, 2018 at the Courage Cottage in Morris, Minnesota.  She was 92 years old.

In lieu of flowers, the family prefers memorials to the Courage Cottage in Morris, Minnesota.

To order memorial trees or send flowers to the family in memory of Georgia Smith, please visit our flower store.