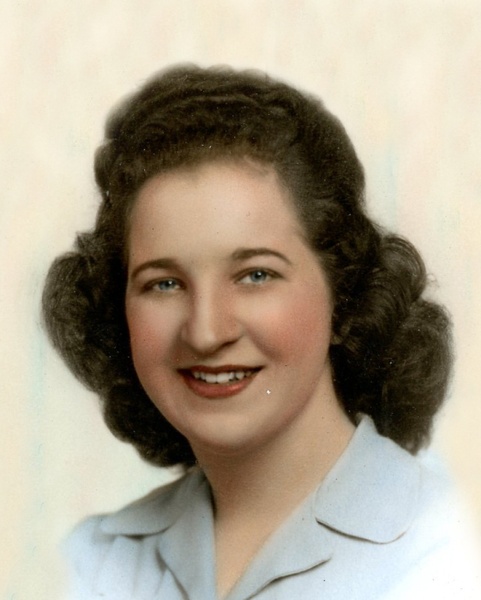 Gertrude (Gert/Gertie) Wiese died on Saturday, June 2, 2018, at West Wind Village in Morris, Minnesota, at the age of 93.

On July 26,1946, Gert was united in marriage to Frank Wiese, Jr.  Frank and Gert were married for 71 years, blessed with three daughters.  Frank and Gert were lifelong residents of Hancock where they owned and operated Wiese Oil. While Frank took care of the station, Gert was a homemaker after the birth of their children. She enjoyed gardening, crossword puzzles, knitting, baking, embroidery, and spending time with her family. She also enjoyed listening to music, never hearing a George Strait song she didn’t love. Gert was affectionately known as “Grammie” and “Nana” by her grandchildren and great grandchildren. She bestowed upon them one of the greatest gifts in life which was her undivided attention. She spent countless hours attending their events, playing board games, coloring, and watching Disney Movies with them.

A memorial service will be held at a later date for immediate family. Cards of condolence may be sent to Frank Wiese Jr., West Wind Village, 1001 Scotts Avenue, Morris, Minnesota, 56267. A special thank you to the exceptional staff of West Wind Village for the care provided to “Gertie” over the past four years.

Arrangements are with the Pedersen Funeral Home, Morris.

To order memorial trees or send flowers to the family in memory of Gertrude Wiese, please visit our flower store.